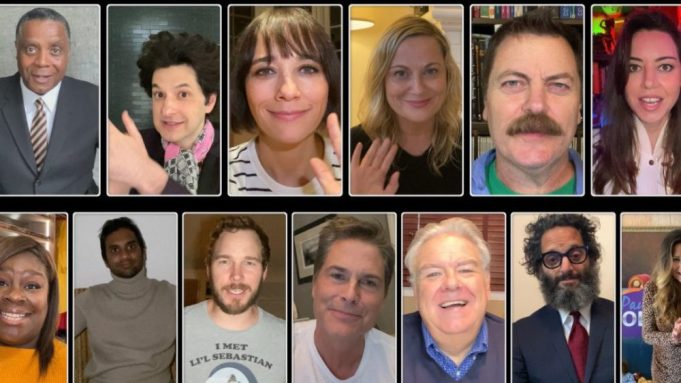 The half-hour television special follows Amy Poehler’s character Leslie Knope as she catches up virtually with her former Parks department co-workers to see how they are holding up under shelter in place and social distancing regulations. The episode also offered fans a glimpse at how characters have been living since the series concluded with its seventh season in 2015.

The special concluded by directing viewers to the Feeding America website, as well as The National Institute of Mental Health. Feeding America works to enable food banks and secure resources to serve to vulnerable members of the community. Contributions are still being accepted. All donations up to $500,000 were matched by NBCUniversal, the writers, producers, cast and special’s sponsors State Farm and Subaru of America.

“I never thought we would do this because of the particular brand of ending it had,” Scott told Variety before the special aired. “But when Mike [Schur, co-creator] sent the email, it just, at least in my mind, felt like, ‘Of course.’ This is essentially the only circumstance that would call for a ‘Parks’ reunion, I think: to help people out. It makes emotional sense, and creative sense as well.”

The special is now available to stream on the NBC app, Hulu, YouTube, and video on demand services, as well as Comcast’s preview of the premium tier of Peacock, NBCUniversal’s new ad-supported subscription streaming service set to launch on July 15.