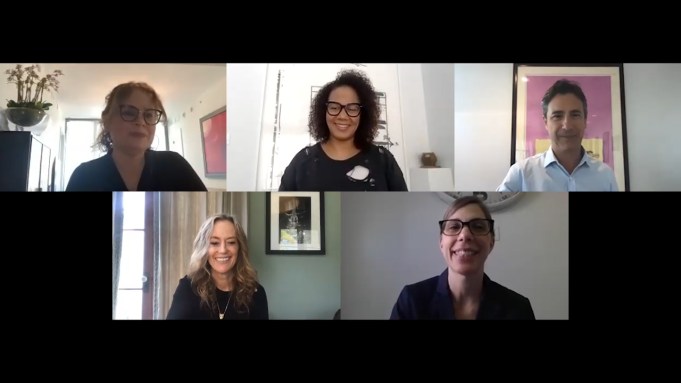 In the midst of nationwide protests sparked by the death of George Floyd at the hands of Minneapolis police, TV networks have begun to reconsider the purpose of police-centric shows in their programming.

“Cops” and “Live PD” have been canceled as a result of the ongoing conversation concerning police brutality and racial injustice, but what about cop dramas and comedies, such as ABC’s “The Rookie” and FOX’s “9-1-1”?

This question was a focal point in a roundtable discussion with TV chiefs at Variety‘s Virtual TV Festival on Wednesday. President of ABC Entertainment Karey Burke, president of Fox Entertainment Michael Thorn, president of OWN Tina Perry and Univision president of entertainment and chief marketing officer Jessica Rodriguez all shared their thoughts on the representation of police on TV in conversation with Variety‘s Cynthia Littleton.

“I don’t know how you look at a police show and ignore [racial injustice],” Thorn said. “We certainly won’t.”

The executives outlined some of their plans to address the topics in their networks and respective cop shows.

“Alexi Hawley, the showrunner of ‘The Rookie,’ is a really wonderful partner and very quickly moved to bring consultants from all kinds of advocacy groups like Color of Change into his writers’ room,” Burke said.

Burke also announced that ABC has greenlit a scripted show from Michael Strahan and Chino, Calif., police officer Ryan Tillman based on Tillman’s experience as a Black police officer.

“We’re off to the races with developing a show from this perspective, which is one that I haven’t seen in a long time, and it really needs to be on-air and part of the conversation,” Burke said.

Beyond diversifying representation on-air, all parties were quick to agree that the amplification of Black stories and voices also needs to increase on the corporate level.

“You have to be very front and center about this and tie it to yearly goals and objectives,” Rodriguez said. “So I find that when you’re talking about the goals of the team in terms of ratings and what success looks like in the organization, a conversation also needs to be tied around what the stories are that we’re telling.”

Perry echoed this sentiment within OWN, adding that the network has been working to uplift young writers and is receiving more pitches than ever that address racial injustice and inequality.

“Listen to your employees in this moment. You’ve got to create a safe forum for them, a safe environment to let them express themselves and listen to them,” Perry said. “Especially your African American employees and employees of color.”