Chris Harrison on Why ‘The Bachelorette’ Season 16 Is (Truly!) the Most Dramatic Ever 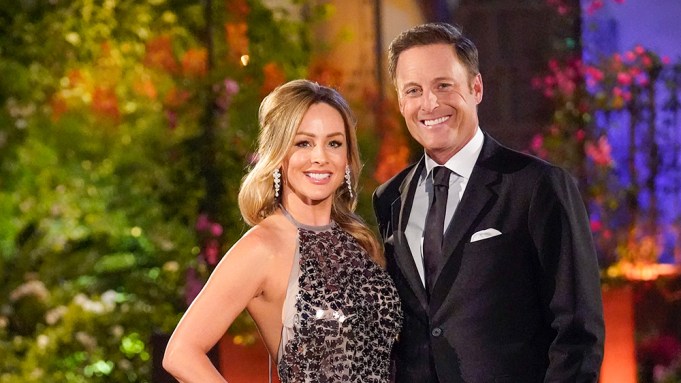 When the most recent season of the ABC dating series began shooting in March, as originally planned, production was interrupted by COVID-19 and shut down the very first night. Leading lady Clare Crawley was just about to meet her male suitors, who were set to arrive in their limousines for the premiere episode when production stopped. Cameras didn’t start rolling again for about four months when the entire production was sequestered at a La Quinta Resort in Southern California, essentially quarantining the entire cast and crew in a bubble and away from their day-to-day lives at home for nearly three months to safely complete the season.

“I felt so bad for Clare,” Harrison tells Variety. “We were dressed and ready to go when we had to press the pause button.”

As if a pandemic wasn’t enough, drama ensued behind the scenes as Crawley found love early on, according to production sources, making way for a new Bachelorette to arrive mid-season with franchise alum Tayshia Adams. (ABC has declined to comment on any casting rumors or upcoming storylines. When asked by Variety, Harrison stayed mum.)

“I have not seen those reports,” Harrison jokes. “I’m just kidding. I have heard the rumors.”

He adds: “A lot of people feel like they know exactly what’s happening this season. You don’t. It is an explosive season, unlike any we’ve ever had.”

When “Bachelorette” resumed production early in the summer, it was the first major series in the U.S. to head back to shooting, meaning COVID-19 health and safety precautions hadn’t been widely practiced throughout the industry yet. Thinking back to the first days of shooting during the pandemic, Harrison describes the lengths production took as miraculous.

“We were the first major production to lead the way, and in doing so, we knew we had to set the bar high — and that bar moved every day, so it took a Herculean effort by a team that probably couldn’t have been done unless we’d all been together for 19 years,” Harrison explains. “I was like, ‘How did we pull this off?’ It was truly impossible at times … there was this attitude of, ‘We will not stop. We are going to shoot this show.'”

In fact, the coronavirus protocols were so strict that when Harrison briefly left the resort to drop his son off at college, even he had to quarantine before returning to the bubble. As a result, former “Bachelorette” star JoJo Fletcher filled in as host for a few episodes, while Harrison was unable to be on set.

“You’ll definitely see some familiar faces. I think some of them have been leaked out there,” Harrison says, alluding to reports that Becca Kufrin, Rachel Lindsay, Hannah Ann Sluss and Wells Adams were spotted filming at La Quinta.

One of the major changes to Season 16 will be the lack of travel, meaning key episodes like hometown dates will look a lot different.

“One of the things we had to do is be really creative because we were shooting at one resort in Palm Springs, which is a little confining and restrictive — comparatively speaking, we’re in 10 different countries usually,” Harrison notes. “We reimagined the show and had to be really creative.”

While over-the-top romantic dates in international locales will be missing, the host promises that the heart of the show will still be intact.

“Our main concern is we really want this to feel like ‘The Bachelorette,'” Harrison says, adding that audiences at home need a lighthearted distraction from news, politics and the pandemic. “People need a break. You want to watch TV and escape for a second, and that’s what ‘The Bachelorette’ has always been. At the end of the day, we want to entertain everybody, so I think what you will see is a great ‘Bachelorette’ season, and we had to be really creative with hometowns and fantasy suites.”

Harrison says the main motive of the season is for Crawley to find love.

“It was all about her journey and getting her there. She was so serious about being ‘The Bachelorette,'” Harrison says. “She just wanted to find love, and to that end, she was damned and determined to find love.”

So, does Crawley get her happy ending?

“We’ll see,” Harrison teases. “It was unlike any season we have ever seen — and I’ve seen a lot.”