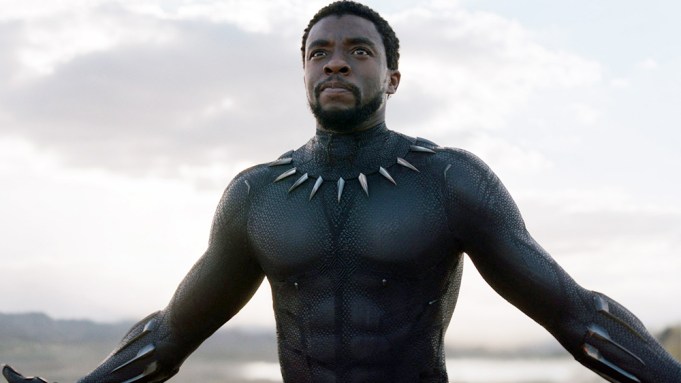 The Walt Disney Co. and Marvel Studios will pay tribute to Chadwick Boseman tonight with a special commercial-free airing of “Black Panther” on ABC, followed by a special examining the actor’s life and work.

Robin Roberts, the co-anchor of “Good Morning America,” will host the ABC News special “Chadwick Boseman — A Tribute for a King.”

The unusual move is a sign of respect from the studio behind the Marvel movie that brought Boseman his greatest fame and pop culture impact. The respected actor died Friday at the age of 43 after privately battling colon cancer for four years.

Boseman starred in the groundbreaking 2018 superhero movie that was the first of its kind to center largely on Black characters. Boseman emerged as a hero and role model from his commanding performance as T’Challa, a man who returns home to the fictional African kingdom of Wakanda to fight to claim his rightful place on the throne after the death of his father. Directed by Ryan Coogler, the formidable “Black Panther” cast includes Michael B. Jordan, Lupita Nyong’o, Forest Whitaker, Danai Gurira, Daniel Kaluuya, Angela Bassett, Martin Freeman, Letitia Wright, Winston Duke and Andy Serkis.

“Black Panther” was a breakthrough project for Marvel that signaled a new era of inclusion for big-budget fantasy movies. It was also a rare example of a title that was a hit with moviegoers and with critics. “Black Panther” earned seven Oscar noms including a mention for best picture. It became the first film in the Marvel Cinematic Universe series to take home Oscar gold, with three wins at the 91st annual ceremony, for costume design, production design and original score.

The movie is set to air without interruption on ABC from 8 p.m.-10:20 p.m. The rest of the 10 p.m. hour of primetime will be filled by “Chadwick Boseman — A Tribute for a King,” produced by ABC News. ABC News said the special will “celebrate Boseman’s storied life, legacy and career, and the cultural imprint he made on- and off-screen. It will feature tributes that have poured in from celebrities, political figures and fans across the world, special words from those who starred alongside him and knew Boseman best, and shine a light on the medical condition he privately battled.”

Steven Baker is executive producer of “Tribute for a King.”