Casey Bloys on How He Will Build Up HBO Max: ‘You Go to Places Where HBO Hasn’t Been’ 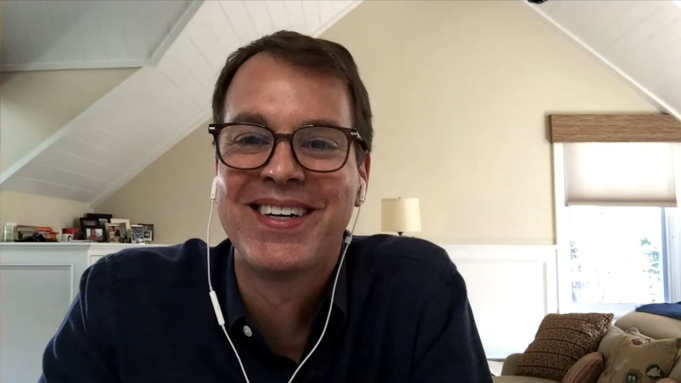 Casey Bloys is exploring a whole new range of programming options as he takes the creative reins at HBO Max.

Bloys has been at the helm of HBO programming for a few years now, but was promoted to chief content officer of HBO and HBO Max back in August. In a keynote conversation on day one of Variety‘s Virtual FYC Fest, Bloys said that overseeing the streamer means looking at genres the premium cabler has not traditionally aired.

“HBO got to about 35 million subscribers, and that was about the cap,” Bloys told Variety‘s executive editor of TV, Daniel Holloway. “So the idea is, how do you broaden out the programming? And when we looked at it, obviously you go to places where HBO hasn’t been traditionally.”

Among the programming Bloys pointed to was DC Comics shows like the upcoming “Peacemaker” series starring John Cena or the Green Lantern series from Greg Berlanti. He also said that the offerings of YA shows like “Gossip Girl” and adult animation like “South Park” has the potential to draw in viewers outside the traditional HBO realm.

Bloys also touched on the upcoming “Game of Thrones” prequel series “House of the Dragon,” which is slated to debut in 2022. While Bloys says it remains “an HBO show,” what that will mean by the time the show airs could change.

“It is an HBO show. What that means in ’22, could there be some sort of sneak or something? I mean, who knows?” he said. “Like I said before, we were talking ‘Euphoria,’ which we released early on Max the weekend before its linear premier. Who knows? I mean, ’22 seems so long away and so far out, so we’ll see. We’ll see how it goes. I just want to get shooting first.”

He went on to say that he imagines other potential series will be developed within the world created by George R.R. Martin, but deferred when asked if he feels the property could one day be as big as the Marvel and “Star Wars” universes.

“Those are fantastic properties that are decades and decades old,” he said. “I don’t know that it would get that big, but certainly it is a great resource that we have and an amazing world. So I don’t think it’s just going to be the one [show] for the rest of its life.”

HBO Max got a massive boost earlier this month when it was announced that Warner Bros. would release its entire 2021 film slate both in theaters and on HBO Max, a move that has drawn condemnation from top directors like Denis Villeneuve and Christopher Nolan and theater owners.

Bloys called the decision a “difficult one” but said he was “grateful to have these kinds of movies and programming on the platform.”

“Remember, HBO — our subscriber count is about 35 million. That was about our top,” he continued. “So there’s a lot of people who have never experienced the library of programming that HBO has to offer. On HBO Max, we have kind of put together a lot of amazing brands and content from ‘Friends’ reruns, ‘Big Bang Theory,’ ‘South Park,’ Studio Ghibli, all sorts of library that we’re going to take advantage of people coming in to try the movies, and hopefully they will see what a great value HBO Max is.”

In discussing the reorganizations at WarnerMedia that saw Bloys take on his new role, he said that “business functions” within the company have changed, but programming decisions have not.

“I would say it’s the same as it was five years ago, I mean, pre-AT&T,” he said.”There’s been no difference, and that’s good. I’ll let you know if that changes, but that is my experience. And then in terms of — There’s a lot of written about breaking down the silos between the organization, and that’s absolutely true. I’m doing that between HBO and HBO Max, trying to have everybody working together.”