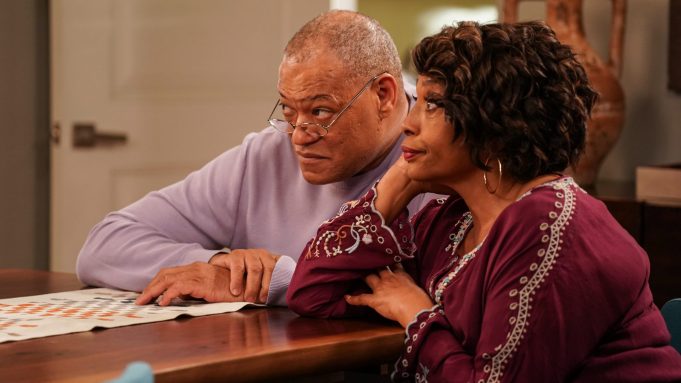 A fourth installment in the “Black-ish” franchise could soon be a reality.

Variety has confirmed that ABC is developing a spinoff of the critically-acclaimed comedy titled “Old-ish.” The new spinoff would focus on Earl “Pops” Johnson and Ruby Johnson, played in the mothership series by Laurence Fishburne and Jenifer Lewis.

The project would Ruby and Earl as they give love a second chance. When they move to a rapidly gentrifying neighborhood of Los Angeles, they’ll meet characters who represent the old and new faces of the community as they try to make it work as a married couple again.

“Black-ish” creator Kenya Barris will serve as writer and executive producer on the project via Khalabo Ink Society. Fishburne and Helen Sugland will also executive produce under their Cinema Gypsy banner along with “Black-ish” star Anthony Anderson and Artist First’s E. Brian Dobbins. Lewis will serve as producer. ABC Signature will be the studio.

Work on “Old-ish” would mark a return of sorts to ABC for Barris, who departed his overall deal at then ABC Studios in 2018 for a rich new deal at Netflix. He has since created the single-cam comedy series “#BlackAF” for the streamer, which has been picked up for a second season.