‘Black-ish’ Episode ‘Please, Baby, Please’ Released on Hulu After Being Shelved by ABC 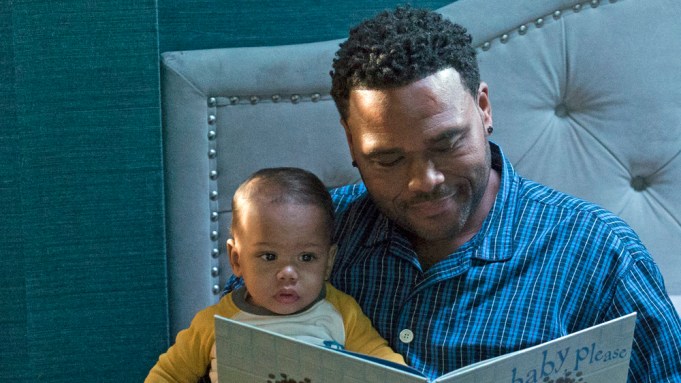 The “Please, Baby, Please” episode of “Black-ish,” which was controversially shelved before airing by ABC due to its political content back in 2018, will finally make it to air on Hulu.

“We were one year post-election and coming to the end of a year that left us, like many Americans, grappling with the state of our country and anxious about its future. Those feelings poured onto the page, becoming 22 minutes of television that I was, and still am, incredibly proud of,” Barris said. “’Please, Baby, Please’ didn’t make it to air that season and, while much has been speculated about its contents, the episode has never been seen publicly… until now.”

Barris said that he requested Walt Disney Television release the episode following the re-airing of the show’s “Juneteenth” and “Hope” episode amid nationwide demonstrations for racial justice and against police brutality.

“I cannot wait for everyone to finally see the episode for themselves and, as was the case nearly three years ago, we hope it inspires some much-needed conversation — not only about what we were grappling with then or how it led to where we are now, but conversations about where we want our country to go moving forward and, most importantly, how we get there together,” he added.

In an interview with Variety which took place right as news of the episode’s release broke, “Black-ish” star Tracee Ellis Ross revealed she has still never seen the episode and has little recollection of it.

“What I do remember is we shot the episode and then when we found it was canned, all I kept thinking to myself was why? I don’t remember shooting anything that was bad, what did we do,” Ross told Variety reporter Angelique Jackson. “It’ll be interesting for me to see it back and remember, because I really have no memory.”

At the time, ABC attributed its decision not to air the episode, which was reported exclusively by Variety, to “creative differences” with Barris and the producers that they “were unable to resolve.”

Barris used the same “creative differences” term, however, the argument over the episode was allegedly a significant factor behind his departure for a mega overall deal at Netflix later that same year.

Directed by Barris, the episode features Anthony Anderson’s patriarch Dre caring for his infant son on the night of an intense thunderstorm that keeps the whole household awake. Dre attempts to read the baby a bedtime story, but abandons that plan when the child continues to cry. He instead improvises a bedtime story that, over the course of the episode, conveys many of Dre’s concerns about the current state of the country.

The episode covers multiple political and social issues. In one scene, Dre and oldest son Junior (Marcus Scribner) argue over the rights of athletes to kneel during the performance of the national anthem at football games.

According to a source with knowledge of the situation, ABC’s concerns over the episode were related to comments that characters made about President Donald Trump, not to the football storyline.

#BLACKISH Lost Episode Alert!!! #413. Soooo soooo soooooo happy to finally be able to share this episode of television with you at this time means everything to me. Please tune into HULU to watch under Season 4’s slate.