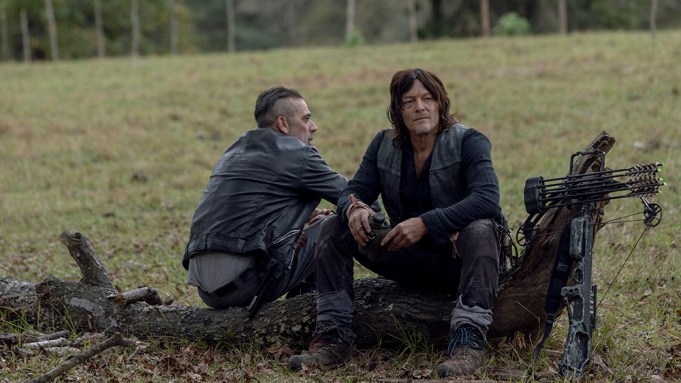 San Diego Comic-Con may be going digital, but the lineup still offers a wide array of panels and conversations. With four days of content, Variety breaks down a list of this year’s most notable, anticipated and exciting panels.

The “Star Trek Universe” panel begins Thursday at 10 A.M. Executive producers Alex Kurtzman and Heather Kadin will use the event to discuss the franchise’s future, and “Star Trek: Discovery” cast members will conduct a virtual table read of the Season 2 finale before engaging in a Q&A.

Mike McMahan, the creator of animated series “Star Trek: Lower Decks,” will provide an extended first look at the show Thursday at 10 A.M. He will then have a conversation with some of the Starfleet’s crew members featured on the show, like Ensign Brad Boimler (voiced by Jack Quaid).

Actors from “Star Trek: Picard” will hold a panel discussing their first season of filming. Stars Patrick Stewart, Michelle Hurd, Evan Evagora and more will be joined by guest stars during the 10 A.M time slot on Thursday.

Maisie Williams, Charlie Heaton and other actors from 20th Century Studios’ “The New Mutants” will join writer and director Josh Boone for a panel about the film. It will take place Thursday at 2 P.M. The film’s April 2020 release date was pushed to August due to the COVID-19 pandemic.

The panel of Amazon’s “The Boys,” Thursday at 3 P.M., will feature many of the show’s stars and executive producers Seth Rogen, Evan Goldberg and Eric Kripke. They will discuss where the series’ second season is headed, set to hit Amazon on Sept. 4.

LGBTQ Representation on TV: What’s Next

TV Guide Magazine will host a panel titled “LGBTQ Representation on TV: What’s Next” at 5 P.M. on Thursday. Jamie Chung, J. August Richards, Tatiana Maslany and more will discuss the trajectory of television representation in the context of today’s industry.

Charlize Theron: Evolution of a Badass

Fresh on the heels of Netflix’s release of “The Old Guard,” Charlize Theron will take part in “Evolution of a Badass,” an event in which she will reflect on and discuss her many action hero roles. The panel will take place Friday at 10 A.M.

Attendees will get a sneak peek into “Obsidian,” the second special episode of “Adventure Time: Distant Lands.” Executive producer Adam Muto and Niki Yang, who voices BMO, will join other cast members to discuss the animated series Friday at 11 A.M.

AMC’s “Fear the Walking Dead” panel at 12 P.M. Friday will discuss the show’s sixth season, which currently does not have a set premiere date. Chief content officer Scott M. Gimple will join many of the show’s cast members, including Lennie James and Alycia Debnam-Carey, as well as executive producers Andrew Chambliss and Ian Goldberg for the panel.

The Season 10 finale is the subject of “The Walking Dead” panel at 1 P.M on Friday. The rest of the season aired months ago, but viewers were left waiting for the final episode, “A Certain Doom,” when COVID-19 halted production.

“The Walking Dead: World Beyond” panel will give insight into the newest show set to join “The Walking Dead” franchise, Friday at 2 P.M. The limited series, which will run for two seasons, follows teenagers in search of a person they believe could save everyone.

After “Avatar: The Last Airbender” broke Netflix records after hitting the streaming service in May, Nickelodeon announced this week that its sequel series, “The Legend of Korra,” will release on the platform in August. “Continuing the Avatar Legacy,” a 1 P.M. Friday panel, will give the writers and creators of the series a platform to discuss just how big their animated world has become.

A Zoom With Joss Whedon

Attendees will have the opportunity to sit in on a 5 P.M panel on Friday called “A Zoom With Joss Whedon,” where the writer, producer and director will share some of his knowledge.

In celebration of the 2005 superhero film “Constantine,” director Francis Lawrence and producer Akiva Goldsman will join star Keanu Reeves Saturday at 12 P.M. The trio will reunite to discuss what it was like making the DC Comics story into a blockbuster film.

Guillermo del Toro and Scott Cooper on Antlers and Filmmaking

Producer Guillermo del Toro and director Scott Cooper will have a conversation about “Antlers,” their upcoming horror film, which has been delayed due to the coronavirus pandemic. The 1 P.M Saturday panel will also see discussions about their filmmaking processes.

The science-fiction comedy “Bill & Ted Face the Music” is set to premiere Aug. 28. The panel will feature stars Keanu Reeves and Alex Winter alongside other actors, writers and the director as they discuss the film Saturday at 3 P.M.

HBO’s “Lovecraft Country” panel, Saturday at 4 P.M., will offer a preview of the new show through conversations with its actors, including Jurnee Smollett, Wunmi Mosaku and Jonathan Majors. The drama is based on a novel by the same name.

What We Do in the Shadows

Actors from FX’s mockumentary show “What We Do in the Shadows” will meet for a panel Saturday at 5 P.M. They’ll be joined by the show’s creative team and Haley Joel Osment, who appears in a Season 2 episode of the show, will host.

A Conversation With Nathan Fillion

“Firefly” and “Castle” actor Nathan Fillion will be joined by “The Rookie” showrunner Alexi Hawley in “A Conversation With Nathan Fillion” to discuss key points in his career on Sunday at 2 P.M. Other guests during the discussion include Joss Whedon and Molly Quinn.