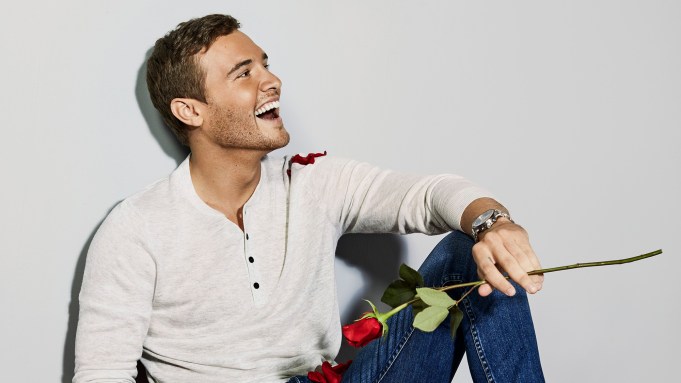 The new Bachelor has two things most past contestants lacked: a real job and an aversion to social media. Peter Weber — or “pilot Pete” as Bachelor Nation has been calling him — has the makings of a star online influencer, but, thankfully, he just wants to keep flying until he ages out at 65, preferably with a partner he’s met on the new season of ABC’s reality TV series.

Yes, it’s time for a new “Bachelor,” and, fresh off the heels of last season’s windmill shenanigans with beloved sex-positivity champion Hannah Brown, it’s officially Peter’s turn to be subjected to copious amounts of flight innuendo gags from a bevy of hopeful new contestants. But who will win Peter’s heart and the ratings this 18-year-old series needs to keep bringing in fresh meat for the reality contestant grinder?

Variety spoke with Peter just after he finished filming in hopes of deducing whether this aviator landed real love.

It’s over, it’s finished filming. How do you feel?

Let’s go through the list of injuries you had on set.

It was a very rough season for me physically. Obviously the scar, it was kind of crazy. Honestly, I kind of like it, I kind of like the location of it. It’s gonna heal up nicely so I’m not worried about it. I’ll always remember this amazing experience I had. It was just a freak accident: golf cart, glass cup — that’s pretty much it.

What did you tell them that you were looking for in a partner?

For me, I say it’s three things, the main things that I’m looking for. Someone that truly had a heart full of love that they were ready to give me, just like I was ready to give them. Someone that had that adventurous, that spontaneous side of them, that sense of always wanting to explore and take advantage of the lifestyle that I love living with me. And someone that really valued family and that was a huge part of their life. And was always going to be a big part of their life. That was always the three things. Honestly with age, that was never a big deal for me. I’ve seen honestly both sides of it. I’ve seen older women that weren’t necessarily ready for a relationship. And I’ve seen younger women that were. I think that’s hit or miss sometimes. It depends on the individual person.

Normally when people are dating, they don’t get to see each other be intimate with other people. Usually you don’t know much about the person going in. How did you deal with that with the contestants? And were you comfortable with that?

I was definitely comfortable with it. I get how the windmill has just kind of blown up, people have not stopped talking about it. I get it, it’s part of my story now pretty much forever. I also understood though that, there’s a point where you have to respect — that’s in the past and these are all brand new relationships that are starting. You don’t want to be insensitive to that and allow any of that to kind of creep into these other women’s heads and chip away at their confidence and just affect them mentally. I didn’t want that at all either.

But, I am who I am, and I wasn’t going to change that for anyone. I was always going to be true to myself and I was going to show the women from night one who I was and be that way for the entire season… it’s all about honesty and that’s the way that I approached it.

Hannah really raised the bar for sex positivity and women, and you were a big part of that story. Do you feel like that same conversation has been extended to men in the “Bachelor” series?

It’s kind of ridiculous, in my opinion, that women sometimes are judged more than a man will be judged in regards to sex or talking about sex. There’s no reason for that. I loved what Hannah’s season, in that regard, stood for — bringing it up to a level playing field. At the end of the day, no one should be judged on their sex life or what they choose to do intimately or not. That’s that person’s sole discretion to do whatever they want, and their decision. There should be no judging.

I’ve always been someone that’s comfortable talking about sex. It’s never been awkward. I know there’s taboo around it sometimes but, for me, that’s never been the case. But I think the biggest thing for my season, and even with Hannah, it was so much more than the sex. And I know we get wrapped up in that and it’s fun to joke about and talk about fantasy suites, the windmill…this season with fantasy suites, it’s so much more than just that physical act.

Something about you that has people really excited is your great career as a pilot. After this is all said and done, are you going to stick with it?

So you’re not going to trade it in for SugarBearHair?

You’re not really big on social media. Why don’t you have Twitter?

To be honest, I’m just not the biggest social media fan. Fun fact, I tried to get rid of my smartphone and I wanted to get a flip phone so I could get rid of all these apps and go back before all this when it was much simpler. Unfortunately, contacts can’t be transferred back to a flip phone, so that’s when that whole idea paused. I don’t know, it’s just not my thing, it’s never been my thing and it probably won’t ever become my thing.

How did you feel when you saw Hannah return for a second time?

That was very unexpected for me. I honestly had no idea that was coming. I think that what everyone is going to see is just real, raw emotions that come out. I’m not going to lie, stuff resurfaced for me that I thought was done. And it obviously wasn’t so.

Chris [Harrison] was quoted saying she was there to close the chapter on your relationship, but then you invited her into the house.

I think the intention in the beginning may have been that. But you guys will have to find out what happened after, because things might have changed. But whatever you guys see, it’s real. And I truly mean that.