‘The Bachelor’: An Inside Look at Production on Matt James’ Season — Yes, in a Quarantined Bubble 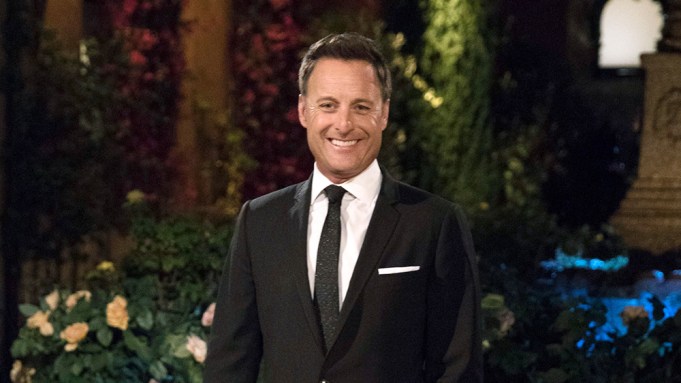 Cameras have been rolling for over a week on Season 25 of “The Bachelor,” which is filming completely in a bubble, mirroring the model of Clare Crawley’s current “Bachelorette” season.

The new star of “The Bachelor,” Matt James — who is the first-ever Black lead of the show — met the women vying for his heart during the weekend of Sept. 10, production sources say, when the limousine arrivals episode was filmed.

“It was so interesting because Matt is not on the season of ‘The Bachelorette,’ and the reason why we take leads from a previous season is because you know them so well and we can predict which person he might like or not, but we just didn’t know at all, so it was really fun to watch him interact with everyone,” ABC Entertainment’s Rob Mills says of the first episode of the upcoming season. “And the women were so fantastic. It couldn’t have gone better.”

While production on the season was gearing up as early as late September, Variety previously reported, cameras could not start rolling for a quite some time. After completely renting out a resort in Pennsylvania for production, the entire cast and crew were required to enter a quarantine period after traveling there. They are filming now, and expected to wrap around Thanksgiving.

Extra female contestants were brought out to Pennsylvania, as well — just in case anyone tested positive and would need to be sent home. But all potential cast members ended up testing negative for COVID-19.

“We brought all these women out just in case any of them tested positive,” Mills says. “You just never know, so we always have alternates. Maybe next time, we don’t have to bring in as many people.”

On Crawley’s season, some of the extra male contestants did, in fact, test positive and were sent home, Variety has confirmed, but none of them are featured on the current season, which is now airing on Tuesday nights.

“The guys that tested positive were sent home,” Mills says of Crawley’s season. “When they tested positive, they obviously had to have a quarantine period, but then they went home. No one who tested positive is a contestant on the current season.”

The testing process was one key element learned during Crawley’s season, which was a teaching experience for everyone, given that the show was the first major production to head back to work in the U.S., in the height of the pandemic.

Crawley’s season was filmed at La Quinta Resort & Club, near Palm Springs, Calif., sequestering the entire cast and crew in a bubble. While James’ season is filming at a different resort across the country, production will follow the same safety protocols and format behind the scenes.

“I know it works. It’s 100% guaranteed that it works,” he previously told Variety.

In fact, the veteran host says James will have a more seamless season than Crawley, partly due to ever-changing production protocols in the state of California.

“It was a little bit fluid inside this last season, having to adjust and change some things,” Harrison says. “Shooting in California, our wonderful governor was just changing things on a whim. We had to adjust with our wonderful governor — my tongue is firmly planted in my cheek — so this will be a lot easier and a lot more organized because we know what we’re dealing with going in, so Matt James, going in, is going to have a much smoother ride than ‘The Bachelorette’ did.”

But just like “The Bachelorette,” there will be no travel on James’ season of “The Bachelor,” which means no over-the-top romantic dates.

“We’ve got to stay in a bubble,” Mills says, noting that production looked into domestic travel when prepping the new season, but ruled against it for safety reasons.

“We’re just not in a place in the world where we can do that. No matter what, safety is paramount,” Mills continues. “We’ve learned not to screw around with the bubble and just keep everyone there and keep everyone healthy. Obviously, once we can travel, we look forward to be able to do that again.”

However, after the learning curve of the first pandemic production, the team is confident that the new location will provide ample opportunities for even more on-screen creative elements.

“The resort in Pennsylvania is absolutely stunning. We’re very lucky that this resort is massive because it’s conducive for all different types of dates at multiple locations,” Mills says.

“The look of it will be completely different. It was nice to have a change of scenery, but beyond that, the protocols and everything are the same — we have a good system in place for as long as we’re in pandemic mode,” he adds. “There was a ton of learning from the season of ‘Bachelorette’ that we were able to take and make this season of ‘Bachelor’ even better. It is impressive — the bubble that they’ve devised is so fantastic. It really is the one way you can do it safely.”

The new season of “The Bachelor” is set to air in January, bringing the franchise back on track for its typical airing schedule. Due to pandemic delays, ABC had to nix the summer season of “Bachelor In Paradise,” and Crawley’s season of “Bachelorette” premiered five months after its planned premiere in the spring of 2020.

“No matter what state the world is in January, this will be a very welcome respite from whatever is going on in the world,” Mills says. “Everyone is going to be so excited about this season.”