Listen to Awkwafina Take Over as NYC Subway Announcer 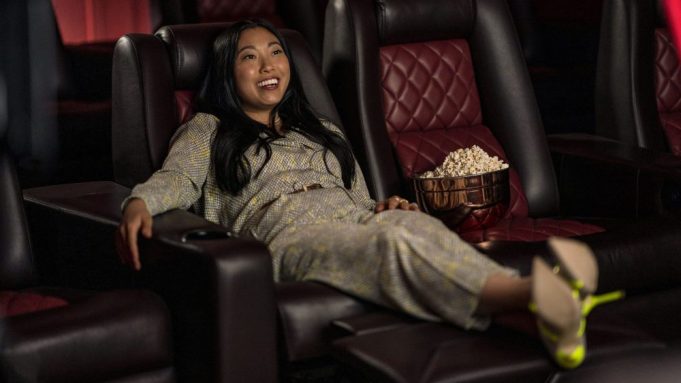 Riders of New York City’s 7 train were surprised to hear the raspy voice of comedian Awkwafina as the first-ever celebrity enlisted to announce the 22 stops on the train that runs through the heart of Queens and into Manhattan.

Comedy Central has set an unusual pact with MTA New York City Transit to have the Golden Globe winner deliver all of the stop announcements and special messages that air over the public address system on the 7 train as a promotional effort for her autobiographical series “Awkwafina Is Nora From Queens.” The subway takeover began on Thursday and will run through Jan. 22, the day the show premieres.

The concept was the brainchild of Comedy Central’s marketing department. The idea was developed internally and was eagerly embraced by the MTA and its advertising partner, Outfront Media. The 7 train was the natural choice for the takeover as it runs through Flushing, which is the setting of “Nora From Queens.”

Awkwafina adds a few quips to the standard 7 train script for station arrival and transfer announcements. Of course, there were separate tune-in pitches for “Nora From Queens,” but they run sparingly along the train’s 22-stop route. In reading off transfer options to get to LaGuardia Airport, she added, “Hope you make your flight!” For another transfer option to the Long Island Railroad, she observed: “I can’t help you once you get to Long Island, that’s on you.”

“Queens is a character in this show,” Josh Line, exec VP of marketing, creative and digital for Comedy Central, told Variety. “We wanted to find a way to celebrate that.”

“New York City Transit is excited to be piloting celebrity train announcements with Comedy Central and Awkwafina. We are exploring new and different ways to generate much-needed revenue, while also surprising and delighting customers,” Meyer said. “Our focus will always be to run the trains safely and on time, and if a well-known voice can bring attention to in-car messaging, we are all for it.”

The idea was the result of a brainstorming session among Line and his team for ideas to promote “Nora From Queens.” Awkwafina is red-hot coming off her movie success in 2018’s “Crazy Rich Asians” and this year’s much-praised drama “The Farewell,” which just earned her a Golden Globe. The deal came together surprisingly quickly, shortly before the holidays.

“We’re always looking for innovative new ways to connect with the audience and getting people talking about our shows on social media,” Line said.

As of Thursday morning, that mission was accomplished as there was plenty of organic chatter on social platforms from riders. According to the New York Daily News, the 7 train has an average daily ridership of about 820,000 people.

Line credited a member of his team, Megan Happ, for taking charge of the campaign and making sure it went smoothly with the MTA.

“When you do something different, you need someone to really get behind it,” Line said. “She really made this possible.”