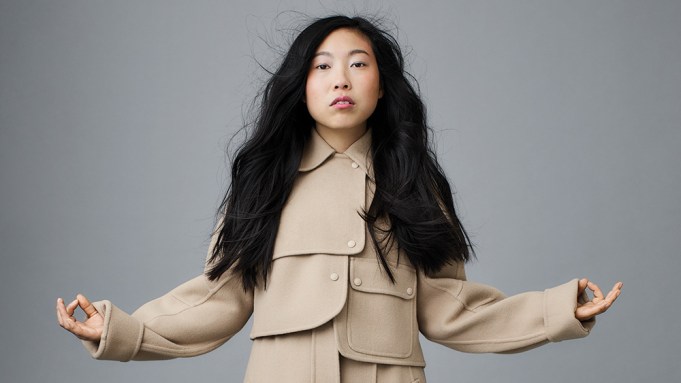 Awkwafina’s semi-autobiographical comedy “Awkwafina is Nora From Queens” has been renewed for a second season ahead of its series debut, Comedy Central announced Tuesday.

The series, which is inspired by Awkwafina’s real-life growing up in Queens. N.Y., centers on her character, Nora Lin, who lives at home with her dad (BD Wong) and grandmother (Lori Tan Chinn). Bowen Yang also stars as her cousin.

“We are in awe of Awkwafina’s creative genius on every level and we could not be more excited to embark on a season two with the entire Lin family in ‘Awkwafina is Nora From Queens,’” said Sarah Babineau and Jonas Larsen, co-Heads of original content, Comedy Central.

This announcement comes just weeks after Awkwafina won a musical or comedy film actress Golden Globe for her role in “The Farewell.” It also comes The announcement after Comedy Central closed 2019 as the No. 1 full day entertainment cable network with M18-34 (.24 rating). Among the key P18-49 demo, the brand also increased year-over-year ratings for the first time since 2013 (.18 rating in 2018 to a .19 rating in 2019). Comedy Central also recorded massive social and digital growth for the calendar year, with its best year ever for both views (7.5 billion video views, +41% year over year) and watch time (16 billion watch minutes, +66% year over year).

The first season of “Awkwafina is Nora From Queens” counts Natasha Lyonne, Lucia Aniello, Jamie Babbit, Steven Tsuchida, Anu Valia, Daniel Scheinert and Daniel Kwan among its directors. Of that first season, Variety‘s chief television critic Daniel D’Addario wrote that the show “rises or falls on its star’s charisma. Thankfully, she has plenty to spare.”

“Awkwafina is Nora From Queens” will make its series debut Jan. 22 on the cabler.