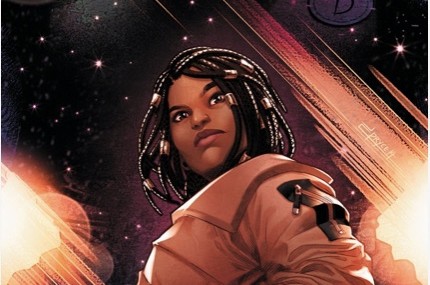 DC Comics character Naomi could soon be coming to The CW thanks to Ava DuVernay and former “Arrow” writer and executive producer Jill Blankenship.

DuVernay and Blankenship are attached to write and executive produce “Naomi.” The potential series follows a teen girl’s journey from her small northwestern town to the heights of the multiverse. When a supernatural event shakes her hometown to the core, Naomi sets out to uncover its origins, and what she discovers will challenge everything we believe about our heroes.

The character originally debuted in her own standalone comic book series in 2019, which was co-written by Brian Michael Bendis and David F. Walker. It was illustrated by Jamal Campbell.  In the comics, Naomi had energy-based powers as well as an ability to transform into superpowered form that granted her incredible strength and other abilities.

DuVernay will executive produce via ARRAY Filmworks, with Sarah Bremner and Paul Garnes of ARRAY producing. Warner Bros. Television, where DuVernay is under a rich overall deal, will serve as the studio.

This marks acclaimed filmmaker DuVernay’s latest foray into television. In addition to her existing shows “Queen Sugar” and “Cherish the Day,” she recently landed a series order at HBO Max for the series adaptation of the DC property “DMZ.” Elsewhere, she is an executive producer on the Native American family drama “Sovereign” that has a put pilot commitment at NBC and is prepping a limited series about Colin Kaepernick at Netflix. She was behind the Emmy-winning Netflix limited series “When They See Us” last year, while she also won an Emmy and received an Oscar nomination for her documentary “13th.”

She is repped by CAA and Del Shaw Moonves.

Blankenship worked on The CW’s flagship DC Comics show “Arrow” from its seventh season until its eighth and final season earlier this year. She eventually rose to the rank of executive producer on the series and penned multiple episodes, including co-writing the backdoor pilot “Green Arrow & the Canaries.”

She is repped by Echo Lake Entertainment.

News of development on “Naomi” comes as The CW is preparing to say goodbye to fellow Black superhero “Black Lightning.” It was announced in November that the show’s upcoming fourth season will be its last on the broadcaster. A spinoff built around the character Painkiller will get a backdoor pilot in Season 4.