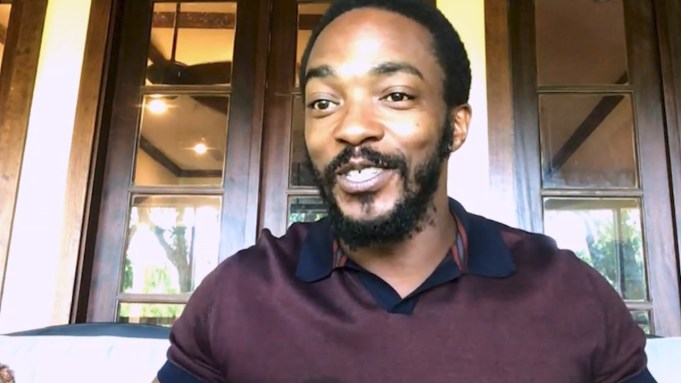 Anthony Mackie says the upcoming Disney Plus series “The Falcon and the Winter Soldier” will feel similar to movies from the Marvel Cinematic Universe. But there has been one major difference in making the show — the budget.

The mini-series is supposed to cost $150 million, which is a massive sum for a TV show. But that’s still less than half the $350 million price tag — not including advertising — of “Avengers: Endgame.”

In an interview for Variety‘s Actors on Actors issue, Mackie talked to Daveed Diggs about the project, where he reprises his role as the Falcon opposite Sebastian Stan’s Winter Soldier. Shooting on the series, which is executive produced by Marvel Studios president Kevin Feige, stopped in March due to the coronavirus.

“We were in Europe, and everything got crazy in Europe first,” Mackie said. “So they shut us down two weeks before the U.S. shutdown. It was really amazing just because I feel like we’re the first Marvel show or movie that had budget constraints. And that was always my [experience], ‘It’s Marvel, we could shoot forever.’ And they’re like, ‘Nah.’ So it was a very different experience from the rest of the movies. But at the same time, it was a lot of fun.

“Those movies are like summer camp,” Mackie continued. “And this show, it was no different. It was the same group of people, coming together to make it work. And so the stunt stuff — everything is just on another level. Every show, every movie, they just push it — they push the envelope so much. So hopefully, knock on wood, we’ll be going back soon.”

When pressed for more details, Mackie revealed that “The Falcon and the Winter Soldier” will also look like a Marvel movie. “We’re shooting it exactly like a movie,” he said. “Everybody who had worked on TV before was like, ‘I’ve never worked on a TV show like this.’ The way in which we were shooting, it feels exactly like we were shooting the movie cut up into the show. So instead of a two-hour movie, a six or eight-hour movie.”

For more from Variety‘s conversation with Mackie and Diggs, read our full story here.