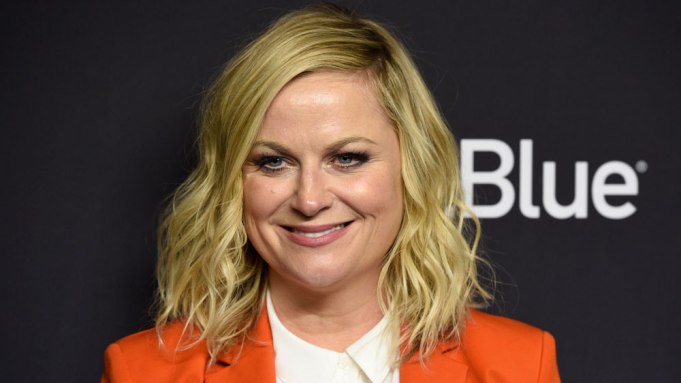 Amy Poehler is set to make her documentary directorial debut with a look at Lucille Ball and Desi Arnaz.

“Ron Howard at Imagine [Entertainment] came to and said, ‘Would you be interested in telling a story?’” Poehler said on Thursday night during the Creative Coalition Television Humanitarian Awards, where she was honored by Seth Meyers. “We started talking about Lucy, who I grew up with and, of course, I’m a fan of her comedy.”

“But I’m also very inspired by her story and what kind of woman she was in business, and what kind of culture she was in when she was making the show, and the relationship between her and her husband Desi Arnaz, and how interesting and complicated and loving it was,” she continued.

She’s already begun researching the “I Love Lucy” icons. “I was just watching a bunch of her physical stuff together, watching beat after beat because I’m looking at all the physical ways she moves,” Poehler said. “I’m just always amazed by how she moves. She’s like a beautiful dancer. Sometimes my favorite stuff of hers is non-verbal and all about movement.”

Meanwhile, Poehler also talked about missing live in-person entertainment during the pandemic. “I cannot wait for live theater,” she said. “I know that everybody here misses it desperately. As a New Yorker of 20-plus years, I just cannot wait to go see live shows and to see actors on stage. In very difficult times, sometimes it’s annoying to find silver linings, but one of the things that I’m looking forward to is the Roaring Twenties that comes after this pandemic, where we are reminded of what it feels like to celebrate together, to hug, to kiss, to create, to laugh and to be in the same room doing it.”