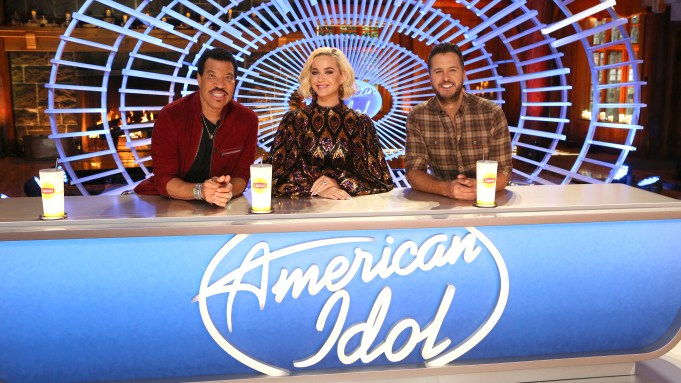 The search for a superstar must continue. After taking some time to make the decision on how to proceed with “American Idol” as it heads into what should have been its live, shiny floor studio portion of the season, ABC has confirmed that it will continue via remote performances.

As of Sunday, April 26, “American Idol” will go live from various locations, as the show’s 20 finalists compete via remote video, while judges Luke Bryan, Katy Perry and Lionel Richie, as well as host Ryan Seacrest and in-house mentor Bobby Bones also appear from their homes. More details on how that will be accomplished will be revealed at a later date.

As for this Sunday, “American Idol” will continue with the second half of its clip special “American Idol – This Is Me (Part 2).”

ABC’s third season of “American Idol” kicked off on Feb. 16, and has continued with pre-taped editions up through this Sunday’s episode. The finalists were narrowed down to 21 on “American Idol’s” most recent, previously recorded Hawaii showcase, which included a final judgment round at Disney’s Aulani resort. That episode aired on April 5.

Since then, the question was how “Idol” would continue without the ability to move to its usual live performance studio at Television City in Los Angeles, now that the coronavirus pandemic has led to stay-at-home orders. It’s a question facing other live studio competitive shows as well, including NBC’s “The Voice,” which is currently in its pre-taped “knockout rounds,” and “America’s Got Talent,” which has shifted to online auditions. Other timely programs, such as the late night talk shows and even this past weekend’s “Saturday Night Live,” have also shifted to at-home editions.

Fremantle and Industrial Media’s 19 Entertainment are producers of “American Idol.”