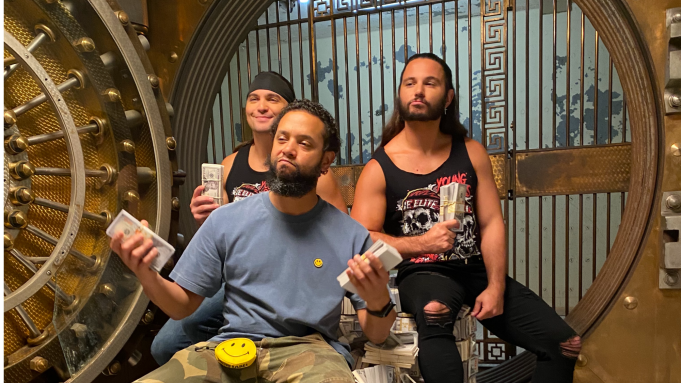 The campaign was created and directed by Director X (Julien Christian Lutz), the acclaimed music video director known for his work with artists like Drake, Rihanna, Jay Z, and Kanye West.

The video details how AEW built a successful pro wrestling promotion at a time when the WWE has dominated the market for two decades. It also tells the story of how some of the company’s top stars were told they would never be successful, only to go on to substantial success within AEW.

“Like me, I think a lot of people will relate to the stories shared in this video,” said Director X. “I know what it’s like to be doubted, being told ‘you can’t do this,’ but AEW is proof that by believing in yourself and not listening to what the world is saying you can and will do it. This isn’t B.S. It’s real.”

AEW officially debuted its weekly show on TNT, “Dynamite,” just over one year ago. In that time, the company has achieved ratings wins over its competition while also further defining its brand and growing its fanbase.

“Director X is the perfect partner to showcase the AEW brand with his distinct visual style that uniquely speaks to a new generation,” said Melissa Chambless, executive vice president of marketing for TNT, TBS and truTV. “His ability to bring these wrestlers’ incredible stories to life in such an authentic way thoroughly manifests our Boundless campaign. ”