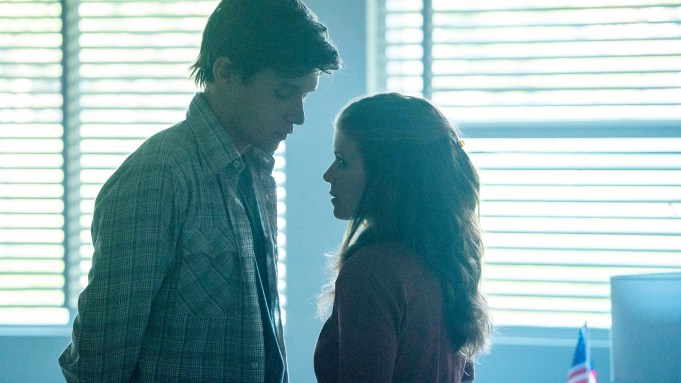 SPOILER ALERT: Do not read if you have not yet watched the full season of “A Teacher,” streaming now on FX on Hulu.

The finale of FX on Hulu’s provocative limited series “A Teacher” begins 10 years after the penultimate episode, in which it became clear that both Eric (Nick Robinson) and Claire (Kate Mara) were broken in the aftermath of their illegal sexual relationship, when Eric was Claire’s student. During a conversation for Variety‘s inaugural FYC Fest, the show’s creator, Hannah Fidell, Mara and Robinson discussed the finale, and its riveting final scene.

When the episode begins, Eric is a wilderness counselor for troubled young people, and Claire has a new husband, two kids and a Tesla. Coincidence has brought both Claire and Eric back to Austin, Texas — Eric for his high-school reunion, Claire for her father’s birthday — and they run into one another in a supermarket. “Who is that man?” Claire’s daughter asks as Nick rushes away. Not being able to find the words, Claire stumbles: “He’s an old friend.”

Showing the same destructive tendencies that led her to prey upon Eric in the first place, Claire texts him that night, and asks him to lunch. Their meeting is the last scene in the series.

After some awkward smalltalk, Eric tells a shocked Claire, “Our relationship fucking destroyed me.”

Mara said Claire is still “in denial” about what she did, even though it had landed her in prison. After all these years, she is still convinced it was consensual. So when Eric tells her how their relationship affected his life, Mara said, “It’s devastating and eye opening.”

Fidell, who based aspects of “A Teacher” on her own experience with rape, said she was never able to confront her rapist because he had died. “A lot of victims — or survivors, whatever you want to be called — never get the opportunity to say that,” Fidell said about how Eric sets Claire straight about what happened. “And so it felt so powerful in that moment.”

Robinson called it “a moment of major catharsis” for Eric. Ten years later, Eric has had “the benefit of time and distance from the relationship, to really lay out to her in no uncertain terms like what this was,” Robinson said. “And what this did to him.”

Fidell said: “I think it is profoundly empowering what Eric says to her in that last scene, in that he realizes in that moment that he has the power to walk away — and he does.”

For the full video conversation with Fidell, Mara and Robinson about FX on Hulu’s “A Teacher,” watch here.