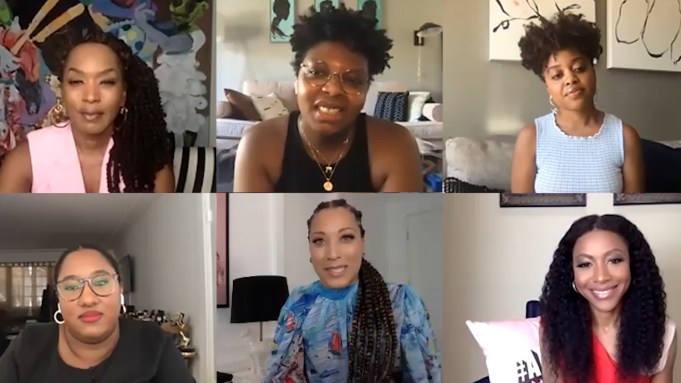 The 2019 premiere of “A Black Lady Sketch Show” opened on its group of comics lounging on a couch discussing “The Event,” an apocalyptic occurrence that leaves the women trapped and alone within their home.

Fast forward to 2020, and the couch-confined lifestyle is all-too-familiar. The show’s narrative serves as a backdrop, however, for a collection of sketches that air with each episode, featuring a cast of Black women as the main cast.

“When I was creating ‘A Black Lady Sketch Show,’ I wanted to make a narrative sketch series where Black women could live grounded experiences in a magical reality,” Thede said. “So for us it was a playground where we could create these sketches, and live these three dimensional characters, and tell these stories that could recur throughout the season and throughout the series.”

Thede said an integral aspect of the show’s success hinges on its overall premise and the members involved in the writing room. The writers for the show are all Black women, but many of them have different past experiences and identities. And the cast takes on a whole host of different Black characters, as well, playing both men and women who all have different personalities and nuances.

The show’s powerful representation for Black women extends into the world of comedy, which Davis said is a new realm for her directorial work.

“I really strive to tell stories about the women I knew growing up … and I’m always trying to say like, “You’re important. You’re beautiful. You’re amazing,” Davis said. “But with this I also got to say “You’re funny.”

Given that the four main actors are all Black women, the show also avoids the feeling of tokenism that is often present in other casts. It gives them more chances to take on a diverse set of roles not confined to those they might be encouraged to play on other sketch shows.

Thede’s choice in casting Brunson, Dennis and Black alongside herself has another important effect on the show: representation. By making characters played by Black women the protagonists of every sketch, “A Black Lady Sketch Show” further celebrates just how diverse and capable Black women are.

It also inherently pushes harmful stereotypes out of the picture, since many different Black women and men show up up on screen in different roles, from judges to flight attendants, to members of a “Bad B—- Support Group.”

“I can write four Black women as main characters in a sketch together,” Black said. “And some of them can be amazing characters, and some of them could be the worst person you’ve ever seen on earth, and none of them are the representation of Black women ’cause we’re going to represent hundreds over the course of this season.”

During the Streaming Room, the group also noted that guest stars who appeared in sketches during the series were quite eager to jump in. Angela Bassett, for example, appeared in the first episode as the head of the “Bad B—- Support Group,” and said she would happily play roles in future episodes if invited back.

Thede added that the positive angles taken by the show made it easier to recruit guest stars, as they would not be made fun of or play static, uninteresting characters.

“I was like, ‘Look we’re not going to make fun of anyone. We don’t punch down. When you come you’re being supported. You’re going to have an interesting character to play, you’re not just going to do the same joke over and over for four minutes,'” Thede said. “And then we lucked up and got 55 guest stars in six episodes.”

The show’s second season was written prior to the pandemic, but production halted five days before shooting was originally set to begin. They don’t even need to modify the script to incorporate the coronavirus, since the series’ story arc is even more apocalyptic.

“Season 2 is going to be bigger and better. It’s our sophomore album so we gotta come back strong,” Thede said. “And we already predicted this whole quarantine situation so that storyline will continue and still be relevant.”