The Emmys and Other Awards Should Eliminate Gender Divisions, and Here’s How to Do It (Column) 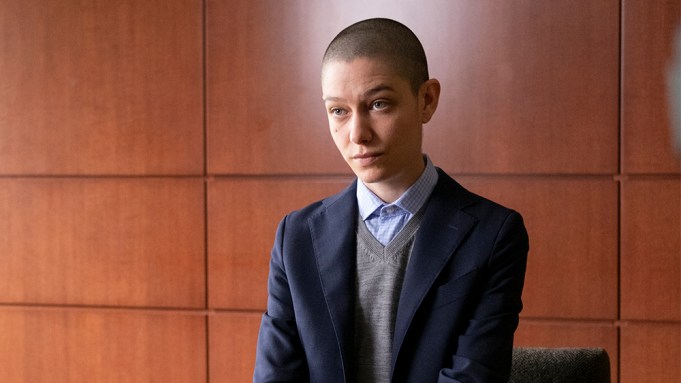 Last year, my most-read Emmy column centered on the idea that perhaps it’s time to drop the notion of separate “actor” and “actress” categories — not only at the Emmys, but at all entertainment awards shows. After all, it does seem antiquated to pit women against women, men against men, and then leave others out altogether. The Emmys, the Oscars — they’re not a physical contest, so why still separate categories by gender in the year 2020?

Yes, dropping the gender distinctions might decrease the number of individuals who can call themselves “Emmy nominees” — but maybe not. With one, non-gendered category, you could expand to 10 slots. And you could also introduce additional categories so that performers are competing with other performers from similar shows. Performers in action shows versus performers in action shows. Stars of dramedies versus stars of dramedies. And sitcom leads versus sitcom leads. That categorization makes more sense than forcing people from very different kinds of shows to compete just because they identify as the same gender.

Leading the conversation on this notion is “Billions” star Asia Kate Dillon, the first gender-nonbinary performer to play a nonbinary character on a major TV show, who first asked the TV Academy in 2017 to clarify its gender distinctions. Ultimately, Dillon asked to be entered into the “supporting actor” category at the Emmys, and also was nominated in the same field at the Critics’ Choice Awards.

But in a recent open letter to the SAG Awards, in which Dillon asked that kudocast to also drop its gendered acting categories, they said they now realize “that being submitted or nominated within categories that reinforce the gender-binary should have been met with my outright rejection of those nominations, alongside calling for change.”

Ultimately, having “actress” and “actor” designations still leaves no room for nonbinary performers, and also perpetuates the sexist origins of segregating nominees by gender.

“Awards shows must immediately abolish gender distinctions in acting categories, as a way of reckoning with the discriminatory policy of separating performers based on gender and with the sexist history of Hollywood, which told non-trans women their only place was on camera, and told nonbinary people there was no place for them in Hollywood at all,” Dillon tells me. (Scroll down to read their full take below.)

While I’ve offered various solutions to the issue of fewer nominees, there’s the rightful lingering concern that women — and in particular women of color — would see their representation diminish should the gendered categories be combined. This indeed is an issue that would need to be addressed. Early signs, including this year’s TCA noms, hopefully indicate that strides are being made in bringing parity and diversity to Hollywood awards.

The Emmys are different; it’s hard for a 25,000-member organization to change overnight. But I am encouraged when I see things like this year’s Emmy Awards nominations for limited series/TV movie director — in which four of the six nominees are women.

Meanwhile, if the Emmys or Oscars need any guidance, they could just turn to the “G” in EGOT — the Grammys, which got rid of its gendered classifications nearly a decade ago. Gone are categories like female pop vocal performance and male pop vocal performance, as well as similar male and female designations in the rock, R&B, rap and country categories. Since 2012, when the change was instituted, the result in the pop solo performance category, for instance, has been six wins for women (including three for Adele) and three for men (including two for Ed Sheeran).

Says Dillon: “I submit that we should be more afraid of upholding a discriminatory, sexist policy than we are of abolishing it.”

Here’s Dillon’s essay, which they shared exclusively with Variety:

The Actress and Actor categories have never held space for non-binary performers and allowing non-binary performers to be submitted in either the Actress or Actor category erases the sexist history which birthed the Actress category at awards shows, and the context within which those words were, and still are, being used: in the context of awards shows (e,g,, the Academy Awards, the Emmys, the Golden Globes…) the words Actress and Actor are synonymous with woman and man.

There are, ultimately, two tangible obstacles to abolishing the Actress category at awards shows and they are – to be blunt – money and feelings.

To the first obstacle: The argument has been made that combining gendered acting awards would inherently mean less nominees, and therefore less winners, which in turn would mean less money for the people who produce awards shows; every time a studio or network submits a nominee that studio or network pays the awards show a fee. I offer that combining gendered acting categories does not necessarily mean less nominees. At the Emmy Awards, for example, there would be ten nominees in one category instead of five nominees in two categories. I propose in this case the possibility for more than one winner to be decided by rank choice voting. It’s worth noting the Academy Awards increased the number of nominees in the Best Picture category from five in 2008 to ten in 2009 and has fluctuated from eight to ten for the last decade.

To the second obstacle: feelings i.e. the fear that abolishing the Actress category at awards shows inherently leads to only non-trans men being nominated. I understand this knee-jerk reaction, but as Michael Schneider points out in his 2019 piece, “It’s Time for the Emmys to Eliminate Gender-Specific Acting Categories,” “Early concerns about combining the actor and actress categories focused on whether women might be shut out. But if this year’s MTV and TCA nominations are any indication, it’s women who are dominating the competition (perhaps giving male actors some pause).”

I challenge every awards show that still has gendered acting categories to be bold and face the sexist truth of why the Actress category exists at awards shows in the first place. The argument that the Actress category was created to champion womxn (trans and non trans alike) is a fiction, too long believed, rooted in sexism. The Actress category at awards shows was, in fact, a way to help keep womxn out of prominent behind-the-camera roles, i.e. director and cinematographer, certainly keeping womxn out of being subsequently nominated and awarded for those roles. It wasn’t until 1977, fifty years after the first Academy Awards that Lina Wertmüller, a non-trans woman, was nominated for Best Director. It wasn’t until 2018, ninety years after the first Academy Awards, that Rachel Morrison, a non-trans woman, was nominated for Best Cinematographer. The Academy Awards didn’t create Best Directoress or Best Cinematographers categories because they didn’t want to. Hollywood was not interested in equality and the message was clear: the only place non-trans women (predominantly white non-trans women) were allowed to receive recognition at awards shows would be for being in front of the camera as Actresses. Recognition in all other categories – as we know – would take decades, be hard won, and ultimately remains inequitable.

Awards shows must immediately abolish gender distinctions in acting categories as a way of reckoning with the discriminatory policy of separating performers based on gender and with the sexist history of Hollywood which told non-trans women their only place was on-camera, and told non-binary people there was no place for them in Hollywood at all.

We have examples of awards shows that have abolished, or never had, gendered acting categories: the MTV Movie Awards, the Daytime Emmys (in their youth category), and the TCA’s to name a few. I applaud these awards shows for their gender-neutral acting categories while noting that those categories have only ever included (to the best of my knowledge) non-trans nominees. Who selects the nominees and who votes at any awards show must be a heavily scrutinized and transparent process in order to guarantee recognition of a much broader swath of work created by non-binary and trans folx, especially Black, Indigenous, and People of Color.

I submit that we should be more afraid of upholding a discriminatory, sexist policy than we are of abolishing it. As James Baldwin said, “There is never time in the future in which we will work out our salvation. The challenge is in the moment; the time is always now.”