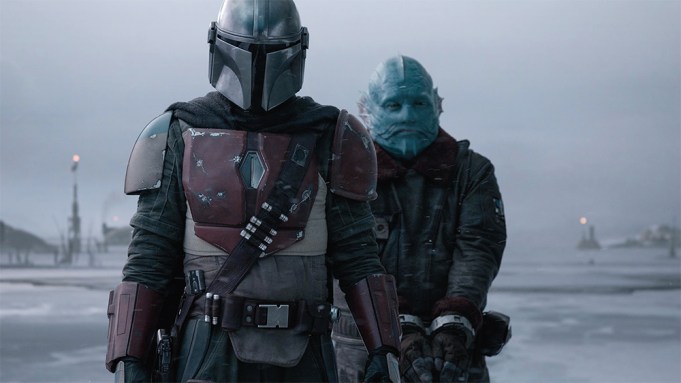 When Disney Plus launched last year, I would occasionally ask its executives about their Emmy plans. They never quite had an answer — because early on, awards weren’t a high priority as they focused instead on growing the business.

“I always found that when you’re working on creative storytelling, especially in filmed entertainment, if you have awards in your line of scope, then that’s never a good start,” Disney Plus content and marketing president Ricky Strauss tells me.

And in a way, downplaying kudos competitions made sense: While other new streamers, including Apple TV Plus, debuted with much more awards-friendly prestige fare, Disney Plus’ initial programs were genre shows like “The Mandalorian” and family-friendly films such as “Togo.” Not exactly awards bait.

Yet, this year, they were. To the surprise of almost everyone — including its own execs — Disney Plus managed to score 19 nominations, including 15 for breakout hit “The Mandalorian.” (I usually don’t like to use the term “breakout hit” when we don’t have any viewership numbers to back that up, but it feels like a safe qualifier to use in this instance.)

Strauss says early on he was gratified by the reaction to the series from fans and even critics, who gave the show high marks at launch. “The Mandalorian” was nominated in the new program category at this year’s Television Critics Assn. Awards and then by the Television Academy, which he calls “really thrilling,” if not anticipated.

“The Mandalorian” earned the most nominations of any Walt Disney Television show overall this year, spread out with mentions both above and below the line, with the biggest “get” being the drama series nod — a historic “first” for a network in its inaugural year of existence.

(OK, there’s a bit of an asterisk: Netflix landed a drama series nom in 2013 for “House of Cards” in its first year of originals, but the service itself launched in 1997.)

Disney Plus also crunched the numbers in cable — though that isn’t quite fair, since the Emmys didn’t allow cable eligibility until 1988. But for networks that launched after that, including FX, Starz, BBC America, History, SundanceTV, Starz, Syfy and Nat Geo, none received a program nom in their first years.

“The Mandalorian” pulled off its first-year nomination haul even though it’s firmly in the sci-fi camp, a genre that Emmy voters very rarely reward. Of course, “Star Wars” perhaps transcends the usual narrower sci-fi fan base, but Strauss says, “you don’t have to be a ‘Star Wars’ fan to appreciate the craftsmanship and the storytelling. This particular show seemed to go beyond typical genre tropes, and it’s also really fun to watch. I like to think that the Television Academy was also acknowledging the technological breakthroughs that were used in crafting this series. This isn’t a show that could have been created, the same way, even five years ago.”

“The Mandalorian” returns for a second season this fall, and Disney Plus, which didn’t focus on volume in its launch year, has other new shows in the pipeline that might also become Emmy contenders in 2021. Meanwhile, now that the nominations are in, Strauss admits that Disney Plus has a bit of Emmy fever.

“We definitely want to support our nominations and we will,” he says. “And we want to support the talent that has made that show so successful. It was just truly a gift, and a real pleasure to be nominated by the Academy, especially when that wasn’t certainly part of our first- year plans. But it’s been a very humbling year across the board for Disney Plus, that’s for sure.”