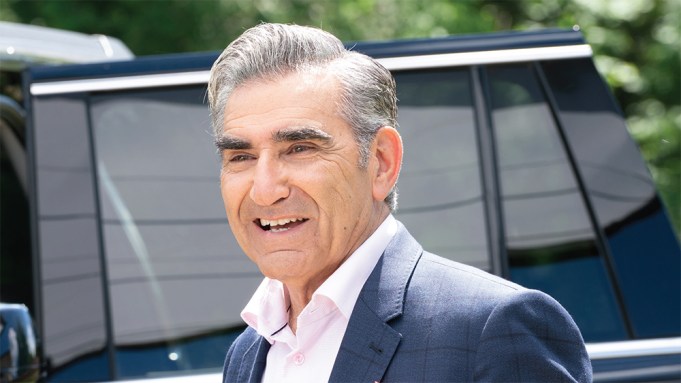 As a kid obsessed with not just television, but also the business of television, I was enamored with “SCTV Network” from the first time I saw it. Not only was it wickedly sharp — even to an 8-year-old — but its depiction of a faux television network, and the eccentric characters who ran it — stuck with me. Of course I didn’t know it at the time, but I was also watching a cast of comedy stars who would become iconic, and go on to write, produce and star in so many memorable and hit movies and TV shows.

While “Saturday Night Live” was already an institution in the early 1980s, I know I’m not the only one who felt an even more personal attachment to “SCTV” and its stars, including John Candy, Joe Flaherty, Andrea Martin, Catherine O’Hara, Martin Short, Dave Thomas and Eugene Levy. The show actually had multiple iterations, starting with its roots on Canadian TV (and syndicated here in the U.S.), and then a run on NBC — where it found Emmy success — and then a final season on Cinemax (back before cable shows were Emmy-eligible, but it did land several Cable ACE noms).

In 1983, “SCTV” landed all five Emmy nominations in the variety or music program writing category— a rare instance of nominees knowing they were winners before the show even happened. (Ironically, that happened after the show had been canceled by NBC.)

Levy was among those winning scribes. But while “SCTV” found success in the writing category, it strangely didn’t make an impact on the acting side, other than a single comedy supporting actress nom in 1982 for Martin. After that writing nomination and win in 1983, it took 36 years for Levy to once again be recognized by the Television Academy — last year in the lead comedy actor category for “Schitt’s Creek,” a feat he has repeated in 2020. It was a long overdue return to the Emmys — as well as, finally, an acknowledgement of his skill as a performer.

Levy is modest about his own success, instead focusing on his joy in seeing so many “Schitt’s Creek” nominees share in those accolades. “[The ‘SCTV’ nominations and wins] were a kick, but this is even more rewarding than that, because it’s a show we’ve all worked so hard to get off the ground from its bootstraps, doing it for six seasons and working our asses off on it,” Levy says of “Schitt’s Creek” whopping 15 nominations this year, including for comedy series.

For Levy, it’s always been about character — and Johnny Rose on “Schitt’s Creek” may be perhaps the most “straight man” character he’s ever played, but it also means he gets to be the show’s comedy conductor — allowing the performers around him, including longtime collaborator O’Hara and son/co-creator Daniel Levy to shine. It also works because audiences have a comfort level with Levy after all these years. Once you see Levy on camera, you can be confident that at the very least, he’s going to be good.

Luckily, for six seasons Levy and “Schitt’s Creek” were more than just good.

“To be recognized by your peers, I know it sounds like the old hacky phrase, but it is so meaningful,” Levy says. “We were blown away last year when we got four nominations for the show. It was always the little engine that could, as we weren’t one of the bigger budgeted shows on television. It’s a tribute to the cast and crew and all of the very talented people who worked on this show.”