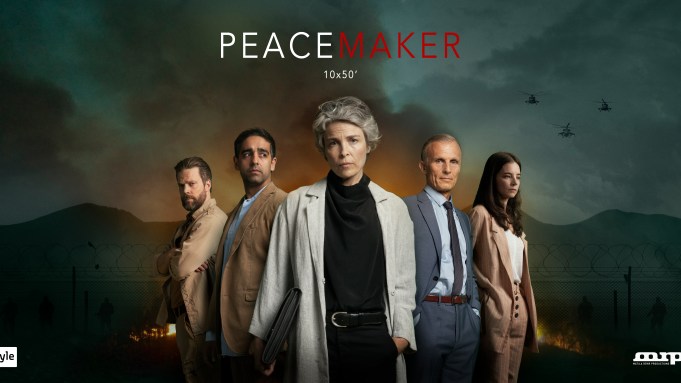 Topic, the US streaming service of First Look Media, has acquired a pair of high-profile Nordic series, “Peacemaker” and “Sex” for North America. Both premium series are represented in international markets by Copenhagen-based REInvent Studios, the outfit launched by Rikke Ennis, the former CEO of TrustNordisk.

“Sex,” which had its international at the Berlinale Series, was directed by Amalie Næsby Fick, written by Clara Mendes and produced by Marta Mleczek at Profile Pictures. Skewing young adults, “Sex” is a six-part series revolving around Cathrine, a 22 year-old woman who works as a youth counselor at a sex information call center and lives with her boyfriend for four years.

“Peacemaker,” meanwhile, is an internationally-driven political drama headlined by a strong female protagonist played by Irina Björklund (“Bordertown”). Set across Turkey, Syria and Spain, the 10-part series is centers on Ann-Mari, a peacemaker who struggles to defuse an escalating conflict between the Kurds and the Turks and unexpectedly sparks a scandal by revealing a Finnish state-owned company’s involvement in the arms trade.

The Finnish series was created by Eriikka Etholén-Paju and directed by AJ Annila (“Sauna”). It was produced by Johanna Enäsuo and Marko Röhr for the Finnish banner MRP Matila Röhr Productions for YLE.

“We’re looking forward to bringing ‘Peacemaker’ and ‘Sex’ to our North American audience at Topic, as we know it’ll spark conversation among our viewers,” said Jennifer Liang, VP of acquisitions at Topic.

Helene Aurø, Reinvent’s marketing and sales director, described “Peacemaker” as “a high quality Nordic series with an international touch that is so important for the world we live in today.”

Ennis pointed that although both shows were made in the Nordics, they have a global appeal because of their universal and timely themes, as well as their production value. She said broadcasters and streaming services are on the lookout for finished titles and upscale drama series.