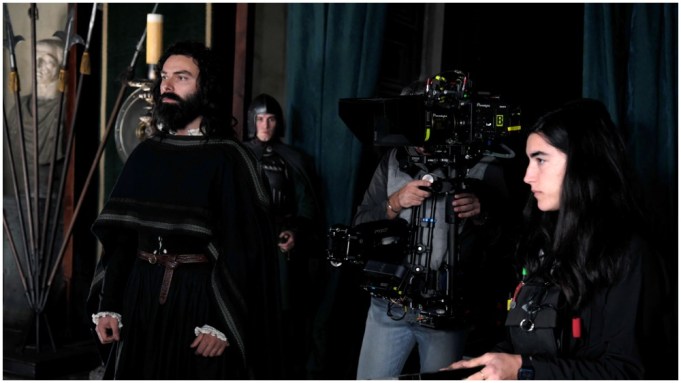 High-end drama series “Leonardo,” starring Aidan Turner (“Poldark”) as the Renaissance genius Leonardo da Vinci has wrapped its Italian shoot after becoming one of the first large-scale productions to resume production during the coronavirus crisis.

The series is co-produced and distributed worldwide by Sony Pictures Television. Producers also include Lux Vide with RAI Fiction and Big Light Productions, in association with France Télévisions and RTVE. It is the first Italian production to receive the backing of pan-European co-production initiative The Alliance, created last year by the major European public service broadcasters, RAI, France Télévisions and ZDF.

The series is created by Frank Spotnitz (“Medici”) and Steve Thompson (“Sherlock”) and directed by Dan Percival (“The Man in the High Castle”) and Alexis Sweet (“Don Matteo”).

The production spanned 2,000 hours, involved 3,000 crew including actors and extras and 2,500 costumes. It also covered more than 50 filming locations showcasing Italian scenery alongside the use of the Leonardo backlot, one of the largest in Western Europe (video above).

Born in Vinci, in Tuscany, Leonardo displayed mastery in arts, science and technology. The show attempts to unlock his enigmatic personality through an untold story.