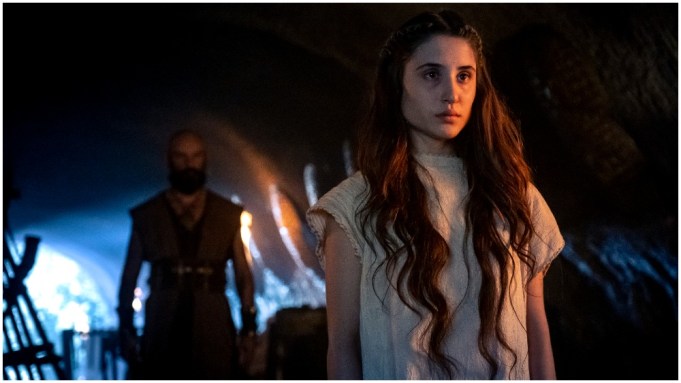 ITV Studios has announced new international sales on “Romulus,” the TV series shot in Archaic Latin that takes its cue from the mythical tale of twins Romulus and Remus, founders of Rome. The drama is world premiering Friday at the Rome Film Festival.

The hotly anticipated skein, which is a Sky original in Italy, has been acquired for Germany by Deutsche Telekom for play on its MagentaTV streaming service, and by More TV Russia for Russia and all CIS territories. It has also been licensed by Greece’s Cosmote, which is the country’s top telco.

ITV Studios previously sold the innovative Rome origin show to HBO Europe for a slew of territories comprising all of the Nordics and Central Europe, as well as Spain, Portugal and Portuguese-speaking territories such as Angola, Cape Verde and Mozambique.

Talks are also underway with broadcasters in the U.S. and U.K. where Sky U.K. is a definite possibility, according to one source.

“Romulus,” which is conceived and directed by Italy’s Matteo Rovere, is a Sky Italy original produced by Sky and Cattleya — which is part of ITV Studios — and Rovere’s Groenlandia shingle. Besides Rovere, the 10-episode show’s other directors include Michele Alhaique and Enrico Maria Artale. The writers are Filippo Gravino, Guido Iuculano, and Rovere.

Speaking to Variety, director Matteo Rovere called “Romulus” “a great epic fresco [and] a highly realistic reconstruction of the events that led to the founding of Rome.”

“We had fun with it,” Rovere added, noting that the narrative “combines human feelings and [family] factions,” and is also “an investigation into the origins and the profound meaning of power in the West: a journey into an archaic and frightening world, where everything is sacred and people feel the mysterious and hostile presence of the gods everywhere.”

Regarding the show’s bold linguistic aspect, Rovere said the team reconstructed the language of eighth-century B.C. with linguists and historians, and that Archaic Latin is the language that the actors spoke on set.

Using a language spoken 2,700 years ago makes the series “more immersive,” Rovere said, adding that this is “a premium aspect that we give spectators, who can also opt to see it dubbed in their present-day languages.”

“When Matteo brought us ‘Romulus,’ we said: ‘Let’s do a Peplum [Swords and Sandals piece] but totally subverting its stereotypes,” Tozzi said. “The work we did with Matteo was to ensure that it was up there in terms of visual language and production values with today’s top international shows.”

In terms of narrative, the team “sought to realistically reconstruct the real world behind the legend and then also depict the mythical, legendary aspect as well,” he said.

Sky Italy executive vice president of programming Nicola Maccanico pointed out that one aspect of the show he is particularly proud of is that the cast is mostly young newcomers.

“We have an entire generation of actors who are the backbone of the project and, through ‘Romulus,’ will be able to gain much greater visibility. This will greatly contribute to boosting the future of Italian scripted content,” Maccanico said.

After premiering on Friday at the Rome Film Festival, “Romulus” will air on Nov. 6 on Sky Italy.