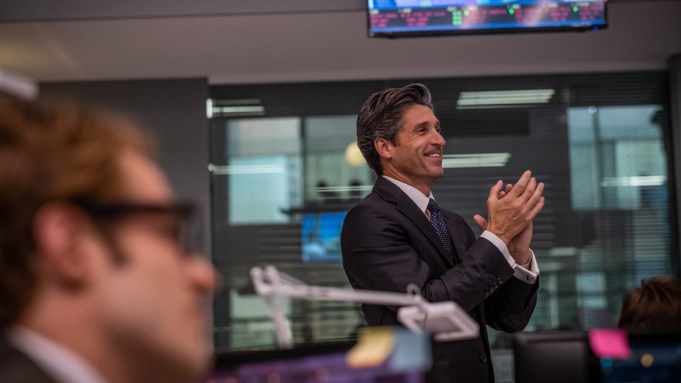 Sky Italia has launched the first trailer for its highly anticipated thriller “Devils,” set to premiere in April on Sky. Produced by Lux Vide and Orange Studio with funding from Sky Studios, the series is distributed internationally by NBCUniversal Global Distribution.

The trailer drops hot off the heels of news that Comcast-owned satellite TV operator Sky has unveiled its largest-ever content slate of 80 new originals o be broadcast this year, an increase of 25% from 2019.

Based on the best-selling novel by Italian trader Guido Maria Brera, the series unspools in the London-based offices of a major U.S. bank, around the time of the 2008 financial crisis. Massimo Ruggero, played by “Suburra’s” Alessandro Borghi, is a young, handsome banker from Italy and the company’s fastest rising star. On a winning streak that most stockbrokers could only dream of, he generates hundreds of millions of dollars of revenue for his employers and seems nailed on for a promotion to vice-CEO.

His ascent is thrown off the rails, however, when a scandal involving his drug-addicted wife threatens to ruin everything, forcing the company’s U.S.-based CEO Dominic Morgan, played by Patrick Dempsey, to withdraw his support for the young executive. Things go from bad to worse when Morgan suddenly dies, leaving the now-ostracized Ruggero as the prime suspect.

From there, Ruggero must work with his team to clear his name and eventually uncovers a vast, politically motivated plot tied to the Strauss-Kahn scandal, the Libyan war, and the deepening European ﬁnancial crisis.

In the trailer, we see Dempsey’s Dominic Morgan gliding through his high-profile work life, accompanied by a motivational speech and ominous sound effects. The rest of the cast is introduced through a series of quick-cut scenes in bedrooms, boardrooms and other high-stakes environments while Morgan goes face to face with Alessandro Borghi’s Massimo Ruggero, ending in a sinister kiss on the cheek.