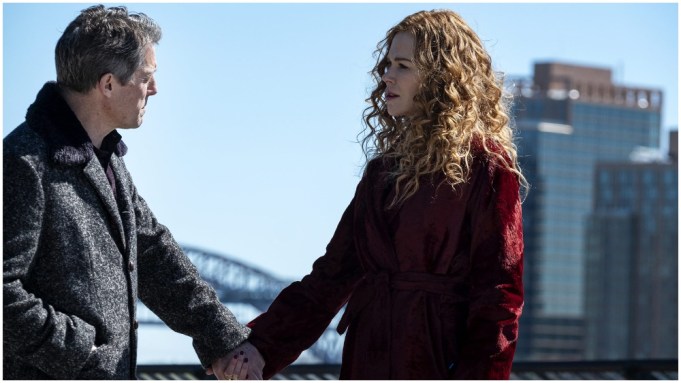 HBO series “The Undoing,” starring Nicole Kidman and Hugh Grant, has proven to be a success for Comcast’s U.K. pay TV operation Sky Atlantic, with the opening episode reaching a cumulative 28-day audience of over 2.78 million viewers, marking a bigger launch than “Game of Thrones” in 2011.

The first three episodes have recorded audiences of more than 2.5 million viewers. Once the six-parter is complete, “The Undoing” is on track to become the biggest U.S. series to ever launch on Sky Atlantic, having overtaken “Watchmen,” “True Detective” and ”Big Little Lies.”

The psychological drama, written and produced by David E. Kelley, and directed by Susanne Bier, follows a woman as she is forced to question her entire life in the aftermath of a violent death, a missing husband and a suspicious affair. The cast also includes Donald Sutherland, Edgar Ramirez and Lily Rabe.

Managing director of content at Sky, Zai Bennett, said: “ ‘The Undoing’ has kept us all guessing and is on track to be the biggest U.S. series to ever launch on Sky Atlantic.”

“The Undoing” is produced by HBO Original Programming, Blossom Films, David. E. Kelley Productions and Made Up Stories.

Building on the success of Sky originals like “Chernobyl,” “I Hate Suzie” and “Brassic,” Sky is doubling investment in original content by 2024 through Sky Studios.

Sky is also developing a new TV and movie studio, Sky Studios Elstree, which is expected to lead to the creation of over 2,000 new jobs and generate an additional £3 billion ($4 billion) of production investment in the U.K. creative sector in its first five years.