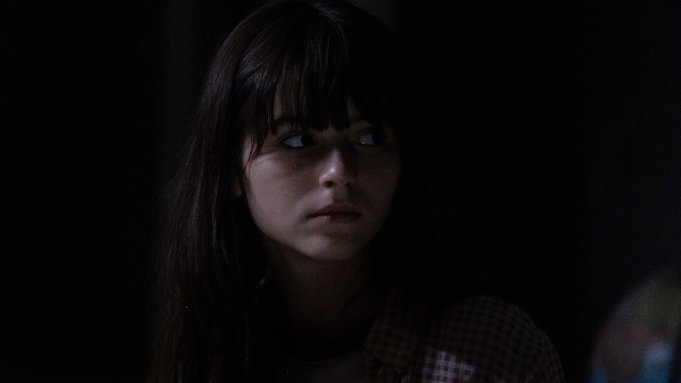 Italian author and director Niccolò Ammaniti is currently in post on “Anna,” the hotly anticipated TV series centered on a 13-year-old girl who must contend with a viral contagion that kills off all adults on the island of Sicily.

Ammaniti’s second television project after “The Miracle,” “Anna” is a Sky Original series commissioned by Sky Studios for Sky Italia produced by Mario Gianani and Lorenzo Mieli with Lorenzo Gangarossa for Wildside, a Fremantle company, in co-production with Arte France, The New Life Company, and Kwaï. Fremantle is selling internationally.

In a case of life imitating art (in turn, partly imitating life) Ammaniti in March was forced to halt the “Anna” shoot due to the coronavirus outbreak. He subsequently completed principle photography, returning to Sicily. Variety is able to exclusively present the trailer for “Anna,” which will air on Sky in Italy in early 2021. In his first interview, Ammaniti spoke about the show from his Rome editing suite. Excerpts from the conversation.

The series basically takes place in a world without adults. That’s a pretty key element I think.

Yes. The story takes place four years after this apocalypse of sorts caused by the arrival of a virus that is believed to have hit the entire world population, killing off adults and leaving children alive. These children can grow up until puberty, until they develop several types of hormones that activate the virus. At that point they will rapidly die a bit like with COVID-19, let’s say, after suffering respiratory failure.

So the premise is to narrate a strange biological dystopia, since there are no races made up only of children. The question I asked myself is: ‘Let’s imagine a world that has never existed in the history of humanity: a world in which there are only children. What is their survival strategy. What do they do? I build the narrative on this aspect; that’s what I did with my book.

Then, when I decided to do the TV series, the key thing was not to tell the same story as the book. Of course, the main dynamic and story structure are the same: the protagonists are Anna and her brother.

But I wanted to broaden this world. In this longer version, I focused on the human social structure that surrounds them. All the bad guys, and also the good guys. The secondary characters become much more important. With Anna leading the way, of course.

Tell me more about Anna

Anna is a young girl who had a special mother, who told her how things really are. She gave Anna a sort of book. A book with all kinds of instructions that she could think of that could be useful. They are very practical, such as: How do you make a fire? What’s it’s like to live in silence? What are friendships? What’s the meaning of a kiss? How do you boil water? She represents the memory that ties Anna to the past. It’s only through the knowledge of the past that you can go forward.

Ultimately Anna represents hope, something that never dies. That very thing that allows the human race, even in its darkest moments, to have people who don’t believe that everything will end up horribly. When everything around her is crumbling there is a very strong light within Anna. Despite everything that is happening (around her) she continues to believe, and continues to think. Not so much for herself, but for her brother who becomes like her son.

Another key element in the story is Sicily

Of course. In writing the book, until I found Sicily as a setting I was totally floundering. I didn’t know where to put these children. I had to find a small continent. And in truth that’s what Sicily is. A continent in the middle of the Mediterranean that has everything. It has a volcano (Mt. Etna), it has the sea, it has cities; it has beauty and ugliness co-existing. It’s a small continent that is explored at different times of the year, during this sort of Odyssey that she undergoes.

It was also something new. Sicily has always been depicted as the land of the Mafia, the land of a sort of ancient Italian memory. Here all that is done away with. Everything that came before is either covered in vegetation or dust, and everything that adults did is totally useless for children.

When “Anna” plays on people’s TV screens, the world will be in a post-pandemic of sorts. Or at least presumably past the COVID-19 peak. As I understand it, this is also true of the world in which the series is set.

The series narrates not just the “post,” but also the “during the pandemic” phase. For each child we tell how the character lived through the pandemic. What they were like before, and also what they became after four years.

Before the real COVID-19 virus exploded I found myself shooting scenes in which I had mothers saying things such as: ‘I can’t keep my children here because Palermo is a (virus) hotbed; “we have to keep our distance!” “It’s no longer safe to stay here.” “We are being told that the virus comes from an animal, but actually it was probably man-made.” You have all the dynamics that I then found to be playing out in real life!

That also happened on set.

For me personally that was the most striking thing. I was shooting some large scenes involving hundreds of extras in Palermo, with dead people and other people wearing sanitary masks. And I got told: ‘You have to stop shooting because a virus is arriving!’ At the time that was something I hadn’t really perceived yet. And I was like: ‘Come on! Let’s continue shooting! Two days later the country was in lockdown.

Then in July you went back on set and the decision was made to reduce the number of episodes from eight to six.

I decided that at a time when I thought the pandemic would really not allow us to restart anytime soon. Then luckily lockdown worked quite well. But I thought maybe we could condense, to shoot a bit less. On top of that I felt the episodes could benefit by being a bit tighter, and I’m pretty happy with the way they are working out. However at one point I had made a cut that was a bit too drastic. So then, while I was shooting (again), I said to myself: ‘That’s not right!’ So I shot two more weeks, and added a little bit to each episode.