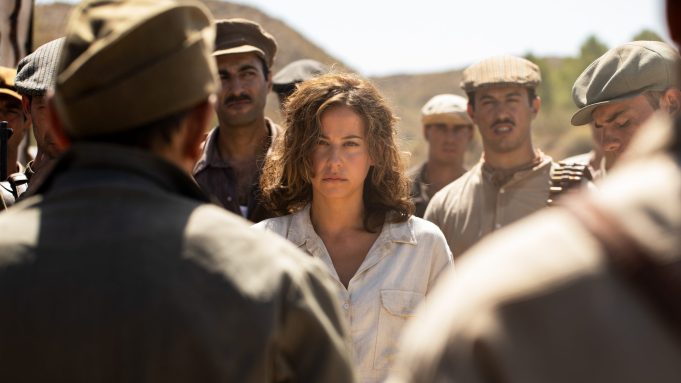 Movistar, Telemundo’s “Tell Me Who I Am” Gets First Trailer, Broadcast Details

Movistar Plus, the pay TV and production arm of Spanish telco giant Telefonica, has released the first trailer for its ambitious new series “Tell Me Who I Am,” the company’s first-ever U.S. co-production, following a strategic deal struck with Telemundo at last year’s Natpe, which also guaranteed U.S. distribution through Telemundo International Studios. The series will debut this fall.

Sold internationally by Germany’s Beta Film, the series is based on Julia Navarro’s popular Spanish novel of the same name, and spans much of the 20th century following Amelia Garayoa through Franco’s rise and the Spanish Civil War, the uprising and liberation of Berlin, Stalin’s rise and the formation of the Soviet Union, the barbarity of Warsaw’s ghettos, Rome in the final years of Mussolini and the decline of Nazi Germany in occupied Athens.

“Tell Me Who I Am” is executive produced by Movistar’s Domingo Corral, José Manuel Lorenzo of DLO Productions and Marcos Santana from Telemundo Intl Studios. Eduard Cortés directed all eight episodes, adapted by screenwriter Piti Español and starring Spanish Academy Goya-winning actress Irene Escolar (“Un otoño sin Berlín”) in one of the most demanding roles of her illustrious career. Much of the series was shot at real historical locations with some cast and crew traveling to as many as 300 locations across nine countries: Spain, Italy, Greece, Argentina, Russia, Germany, Poland, France and England. The series boasts a cast of 160 actors and more than 3,000 extras.

Fremantle and 720 Creative have teamed to bring an animated adaptation of Sally Rippin’s popular children’s book series “Billie B Brown” to TVs around the world. It’s the first venture of a partnership between the companies announced last November, which will see the two develop projects across a range of genres and platforms. Screenwriters Fiona Harris and Mike McLeish are responsible for adapting to TV the popular IP, celebrating its tenth anniversary this year, in what represents Fremantle’s first foray into children’s series production. It’s a strong bet for the company, as the books have already sold more than 5 million copies and been translated into 14 languages.

Red Arrow Studios Intl. announced a raft of new sales on its drama series adaptation of “Vienna Blood,” the best-selling novels of author Frank Tallis. The series was commissioned by Austria’s ORF and Germany’s ZDF and is produced by Red Arrow’s Endor Productions and MR Film. Having already sold to BBC Two in the U.K., where it ranks as the network’s number two drama of 2019 so far, and to PBS in the U.S., Red Arrow has closed deals with Mediawan Rights for French-speaking markets, Movistar in Spain, YLE in Finland, Viasat World’s Epic Drama channel in Central and Eastern Europe and the Baltics. The series has also been licensed in China and Japan.

René Rechtman and John Robson’s kid’s content developer and distributor Moonbug will launch “Mia’s Magic Playground,” its first original series based on the “Little Baby Bum” series, on Sky Kids this month in the first step of the company’s global distribution plan for the series. The series will be available, now dubbed in English, on Sky platforms including Sky Q, Sky Go, the Sky Kids App and NOW TV. Spinning off “Little Baby Bum” character Mia and her best friends Oskar and Tillie, the series, intended for four-to-six year-old audiences, originally premiered on Nordic Entertainment Group (NENT) streaming service Viaplay.

Producer, distributor and channel operator Blue Ant Media announced that Smithsonian Channel has launched in South Korea on the KT Skylife platform, following recent launches in Hong Kong and several other markets globally. The channel went live on Skylife’s Basic and BizOn Package on June 9, on both linear and VOD services, covering more than 4.2 million households in South Korea. LYD, Blue Ant Media’s exclusive channel distributor in Korea, facilitated the deal which includes hours of catalog documentary content ranging from air and space to history, science, nature and pop culture, as well as contemporary programming focusing on up-to-the minute issues such as the Coronavirus pandemic.