Movistar Drops Teaser for ‘Los Prisioneros,’ a Portrait of the Legendary Punk Band 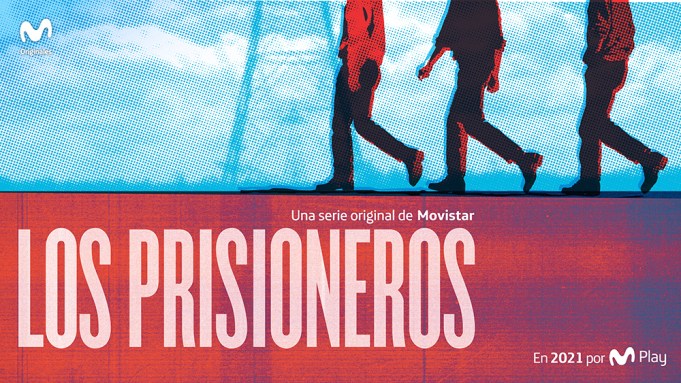 Latin America’s Movistar, the brand of giant Madrid-based telecom Telefonica, has dropped a first teaser for “Los Prisioneros,” a portrait of the legendary Chilean punk band as it creates its greatest hits under Augusto Pinochet’s oppressive military dictatorship.

Set to go into production in January, and showrun by Joanna Lombardi, Movistar Latin America’s head of fiction, “Los Prisioneros” marks the first Movistar Original in Chile. It is made in a powerful production alliance with one of the country’s premier premium scripted producers, Parox, producers of “Invisible Heroes” and headed by Leonora González and Sergio Gándara.

Now in pre-production, and scheduled for release in the second half of 2021, the series will be made available in exclusivity and free of charge to the 85 million clients of Movistar Play, the company’s Latin America cell-phone service.

“At Movistar, we are focused on giving contents that stand apart as well as great connectivity, and what better than telling a story like that of Los Prisioneros, a symbol for this country,” said Christian Schalscha, director of Movistar Chile’s person and household market.

Penned by two young writers who have worked on many of the key Chilean premium drama series over the last three years, the screenplay for Los Prisioneros” has been written by Enrique Videla (“Dignity,” “La Jauría”) and Luis Barrales (“Mary and Mike,” “El Presidente”).

The eight-part, half-hour series sets itself apart from a prior movie and series on the band by, crucially, having tied down rights to both its songs and use of the band’s name for its title.

Rather than an origins story, it will catch the group at the heights of success in the mid ‘80s. Capturing the open stretches of the single “La Voz de los 80,” the teaser trailer suggests some of the reasons for its popularity: A driving bass guitar rhythm, and lead singer and composer Jorge Gonzalez’s lyrics, which channelled the frustrations and rage of a youth living under an arcane dictatorship.

The band was inspired by The Clash, taking its name from one of its songs, Lombardi noted. Rather like Bob Dylan in “The Times They Are a Changing,” González talks in his songs about change coming, without implying it would be for the better: “It’s coming, the force, the voice of the ‘80s,” the group sings in the trailer. But merely to suggest that youth had any voice at all under Pinochet was enough to turn “La Voz de los 80” into an anthem song for a whole generation.

The group’s songs were “a call for attention about how things happened in Chile, a rebellious vision which only three adolescents could have had,” Lombardi said. “It’s astonishing how contemporary it remains,” she added.

Censored on state TV and radio, the group also performed outside Chile, in Peru and Colombia, during one of the periods of biggest turmoil in Latin American history, events seen in the series.

For Lombardi, “The series talks about the search for identity. Who were Los Prisioneros? What was their public? Who’s the real enemy in this story, the political context or themselves?”