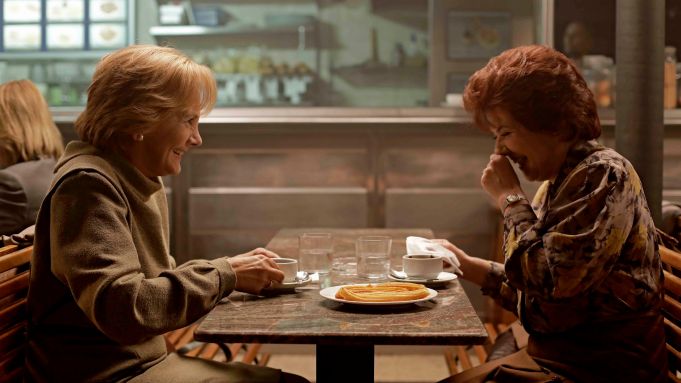 MADRID  — HBO Europe’s “Patria” will debut day and date on May 17 in the U.S. and 61 countries across Europe and Latin America, a first for HBO Europe, the pay and streaming TV service announced on Thursday, also dropping the first trailer to the series.

In the U.S., “Patria” will be made available on HBO Now, HBO Go, HBO On Demand, HBO Latino, and partners’ streaming platforms.

Depicting the visceral impact of the Basque Country’s armed conflict on normal people on both sides – as well as many somewhere in between – “Patria” will also be available on HBO Europe’s branded services in 21 countries including Spain. In Latin America, it will be broadcast on HBO in over 40 countries and will be available on HBO Go.

The scale of the roll-out reflects the artistic ambition of the Spanish series, the first production announced by HBO España, its signature original series, and one of the most-awaited of upcoming scripted titles of any kind in Spain.

Created and written by Aitor Gabilondo (“El Príncipe”), “Patria’s” first four episodes were directed by Felix Viscarret, one of Spain’s most notable young movie directors who broke through with his movie debut, 2007’s “Under the Stars,”

Due to world premiere late March in main competition at the now cancelled Series Mania TV festival, “Patria” adapts Fernando Aramburu’s massive, 646-page novel of the same title. The series was described by Gabilondo at a packed San Sebastian press conference last September as “a journey towards an embrace.”

That embrace is, most principally, between Bitorri and Miren, two women who were once the closest of friends. The trailer’s first shot is of a literal journey as a bus takes Bitorri back from San Sebastian, on the coast, where she’s lived the past decades, to her home town, sunk between green pastures in the Basque Countryside.

Bitorri is dying of cancer, and wants closure – to find out who in ETA killed her husband, Taxto, who ran a small business in the village. Miren, meanwhile, is sunk in embittered remorse – over Taxto’s death and the imprisonment of her son, Joxe Mari, seen leading a pro-independence street riot, then being tortured by police, and then in jail, a broken man, where he is visited by Miren who asks if he killed Taxto.

Bitorri wants to forgive Taxto’s murderer. Her halting journey towards reconciliation with Miren is that, perhaps, of the Basque Country as a whole.

In the trailer we are briefly introduced to the ensemble cast of characters making up the two main families involved. Seen through the pouring rain, a constant in the Basque Country, we are shown the violence, anguish and loss suffered by both families, and presented with questions that will undoubtedly persist throughout the series run. One thing is clear: everybody suffers. “Just what we needed, to be victims of the victims,” says Miren when she sees Bitorri has returned.