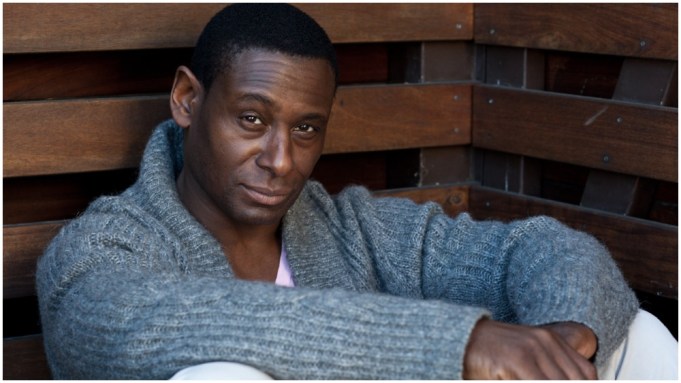 In a wide-ranging interview with Variety, British actor David Harewood has opened up about moving back to the U.K. after almost a decade in the U.S. and the continued challenges for Black actors in Britain.

Harewood is this year’s recipient of the Variety Outstanding Achievement Award, distributed in association with the Edinburgh TV Festival. With a career spanning theater, film and television — most recently with The CW’s “Supergirl” and Showtime’s “Homeland” — Harewood is one of the U.K.’s most successful actors.

But as he detailed in a candid video interview with Variety as part of the award, Harewood’s focus on U.S. roles has been a conscious decision made in response to what he perceives as a dearth of complex, nuanced roles for Black British actors in the U.K. — a landscape that is gradually changing, but didn’t change quickly enough for him.

Born in Birmingham, England, Harewood first began his acting career as a member of the national Youth Theatre before earning a place at the Royal Academy of Dramatic Art (RADA) at age 18.

Reflecting on his experience emerging from RADA in the late 1980s, Harewood says he was among the first generation of classically trained Black actors who went through the drama school system. “There was a vibrant Black theater scene at the time. Many of the actors working in it were coming out of the youth centers and National Theatre youth programs. I went through the standard drama school route. But my color was never mentioned. I played Shakespeare one minute, Dostoyevsky the next minute, Chekhov the next minute.”

But in the real world, the British public was quick to question why a Black man would play the role of Romeo. “There was quite a lot of hostility to us even having the temerity to do it,” notes the actor. “And that was borne out of the reviews. They were snarky and dismissive.”

Harewood would become the first Black British actor to play Shakespeare’s Othello, a Black character, at the National Theatre— an impressive though sobering achievement when you look Stateside. “Nobody’s [worn Blackface for the role] in America since 1935, and I was the first Black actor at a notable headline English theater in 1998. We’re talking about a 50 to 60-year gap. It’s taken that long for us to be given that responsibility.”

Harewood said he had become disillusioned about the opportunities available to him as a Black actor a year out from drama school, and “within two years, I’d had a breakdown.” (His psychotic break was the subject of a BBC Two documentary entitled “David Harewood: Psychosis and Me,” which was boundary-breaking upon its 2019 premiere, opening up an enduring national dialogue around mental illness.)

In 2000, the actor signed with an agent who plotted to get Harewood to America, sensing there may be more opportunities there. Harewood says that, up until the time he left, the roles offered for screen were incomparable to the classical roles of theater. “They were very two-dimensional parts. [They’d be] guest lead roles in [soap operas] or episodic television. Never playing a lead or three-dimensional role with complexity or authority. That didn’t happen in my career until ‘Homeland’ in my late 30s and early 40s. By then, I was really fed up because the [roles] just weren’t coming.”

Harewood says he hadn’t worked in nine months and had £80 in the bank when he landed the David Estes role on “Homeland” — a job that “completely opened up” the American market to him.

“I haven’t worked in England since,” says Harewood, who eventually relocated to Los Angeles and then Vancouver, Canada. “It’s completely changed my life.”

The actor took umbrage to Samuel L. Jackson’s controversial comments in 2017, when he questioned Daniel Kaluuya’s casting in Jordan Peele’s horror “Get Out.” “What would a brother from America have made of that role? Some things are universal, but not everything,” said Jackson at the time.

“When Samuel made those comments, we were all really disappointed because we idolized him,” says Harewood. “We all look up to him as Black actors. So when he said it, people were really upset; it’s almost like being rejected by your own.

The actor responded to Jackson’s view with a Guardian column entitled “Samuel L Jackson is my hero. But he’s wrong about us British actors.” Nonetheless, three years on, Harewood is perhaps more sympathetic to the cause.

“There’s a specificity to the understanding of the Black American experience, and if [Black Americans] see someone who’s clearly not from America playing that role, it’s almost as if it’s a stolen role or it’s not authentic enough. And I wish we didn’t have that split in our profession. There are some tremendous Black British actors…But it would be a stretch for a British Black actor to be in the Ava Duvernay [series about the Central Park Five, ‘When They See Us’].”

“That experience is something which is wholly American. Police racism and brutality and the whole culture of locking people up and demonizing them — there’s a specificity to that experience. It may be tough for a Black British actor to get there; they’d have to work really hard. It’s not just about the accent; it’s about the experience.”

Harewood praised his experience on The CW’s “Supergirl,” where he had the opportunity to direct some episodes of the long-running, Melissa Benoist-led superhero series in which he plays Martian Manhunter. “As a Black Brit, you just don’t get those opportunities. I’ve really appreciated those responsibilities.

“It’s a great fan base, and it’s been a joy to play,” said Harewood of the show, which ends after season six next year.

The actor also addressed the cast’s response after Benoist shared her experience with domestic abuse late last year. “We’re quite a close cast and we all share the same WhatsApp group, which is highly unusual for a whole cast to do. We got a bit of a heads up that she was going to be doing it. We all knew her story and for her to come out publicly and own it was really quite moving. We’re very, very, very proud of her.

Harewood said he was grateful to be “part of a group and a cast that feels brave enough to broach these difficult, personal subjects, because a lot of our fanbase experiences similar issues, like self-harming. We have a huge LGBTQ fanbase and the issues they have to deal with [were] tackled in season three. It’s been an issue-based show and I’m very proud that [Greg Berlanti] and The CW allowed us to raise these issues.”

Harewood is now planning a move back to the U.K. after nine years and hopes to direct more film and television and potentially set up his own production company. The idea is to own the narrative and contribute the types of stories he’d like to see — and star in — on screen.

“I’m not going to find a central leading role in a high-quality drama with an authoritative character who’s a boss, with that complexity. You’re just not going to find it,” says Harewood. “Why not a drama about a Black Prime Minister?…[Readers of tabloid Daily Express] would bombard the BBC with complaints so they sort of don’t do it, whereas in American you have [Sherlock] Holmes and Watson — and Watson is a [Chinese American] lady.

“In England, they would really be reluctant to do that because of tradition and how things have worked and have always been done. I fear those are the things that are holding back the progress.”