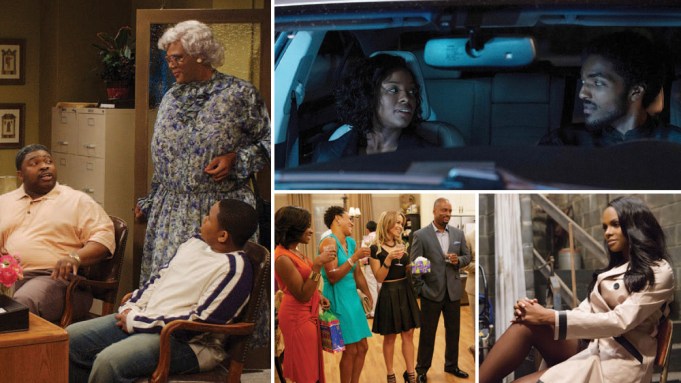 Tyler Perry is Variety‘s 2020 Showman of the Year. For the full cover story, click here.

Tyler Perry’s career as a TV producer came full circle earlier this year, when the first series he became truly known for, “House of Payne,” returned to the airwaves after an almost decade-long absence.

Reflecting on his prolific run to date as a producer, Perry says the response to the new season of “House of Payne” on BET has “blown me away,” especially given how significant the project has always been for him.

In 2006, Perry produced 10 syndicated episodes of “House of Payne” before TBS picked up the series for an additional 90. Tyler Perry Studios president of production and development Michelle Sneed, who has worked with Perry since 2009, says an order of that magnitude was “groundbreaking and unprecedented.”

But Perry has always kept his own counsel. “I didn’t know all of the things that trap you into thinking it has to be done a certain way. Had I come up in the Hollywood system, I would have believed that sitcoms could only be done one way, that I couldn’t do 10 episodes,” Perry reflects. “Everybody told me to do one, that I couldn’t turn that into 100 for immediate syndication. But my gut and what I felt and my faith was this is the way that I need to do it.”

After producing a couple more series for TBS, Perry and his self-titled studio banner signed a deal with Oprah Winfrey Network, the new kid on the cable block at the time.

Sneed says the OWN deal represented “a fresh start” for Tyler Perry Studios.

“For any producer, you want every deal to be better than the last, to provide more opportunities. I think that’s what the OWN deal was for us. Tyler always had a personal relationship with Oprah, and we were in a position to help each other,” Sneed says. “At that time, the deal was up with Turner, OWN was looking for content and Tyler had that content. It was just the perfect fit.”

Having produced comedies almost exclusively up until that point, the OWN deal also heralded Perry’s move into drama — or melodrama more specifically, Sneed says.

At OWN, Perry produced a pair of soaps, “If Loving You Is Wrong” and “The Haves and the Have Nots,” the latter of which is still running after an impressive seven seasons.

Then in 2017, Perry took the scale of his TV operation to a whole new level, signing a wide-ranging, lucrative deal with BET and Viacom (now ViacomCBS). According to Sneed, the move has allowed Perry and his studio to “step out from the kinds of shows that he was known for,” and step into weightier dramas like “Ruthless.”

“It’s just a natural fit, especially for BET,” Sneed says. “They are all about Black culture, and that is what our content is. It caters to this audience that is often overlooked. That’s what Tyler has built his career on. That is what is the very foundation of BET. We’re just thinking, ‘Why didn’t we do this sooner?”

As for the future, Perry says he sees himself taking a step back and letting “fresh, exciting talent” take the writing and directing reins.

Sneed says Perry is eager to pass the writing and development torch on to fresh faces. “We’re super excited about the young, up-and-coming filmmakers and new writers that we’re working with,” she says. “Tyler has solidified his place in the industry; his brand is amazing, and we’ll continue to grow that. Then on the other side, we’re working on promoting, providing a platform and advocating for this new talent, both in front of and behind the camera.”