‘Supernatural’s’ Jensen Ackles, Jared Padalecki on Their Final Scene Together, Moving onto ‘The Boys’ and ‘Walker’ 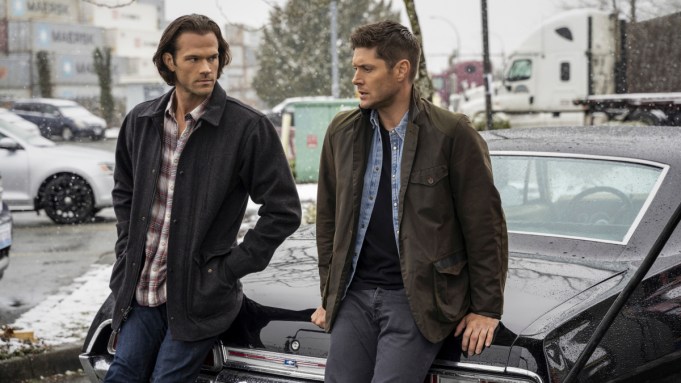 The Winchesters’ work may not yet be done on “Supernatural,” but their portrayers, Jensen Ackles and Jared Padalecki, already have to think about shedding Dean and Sam and stepping into new characters.

The CW demon-hunting drama called series wrap in early September, with the guys sharing their final scene as on-screen brothers on Sept. 10.

“When I showed up, it was our last day of filming at the studios and it was a big day, script-wise. And our third AD, Emma — we call her G.G., which is short for ‘garden gnome,’ because she’s little — she came up to me and was already in tears; she was like, ‘It’s our last day at the studio.’ And I just said, ‘Nope. No, no no, another day at the office, business as usual, don’t start that s—.’ That’s how I do the work,” Ackles tells Variety.

With only days since between wrap and chatting with Variety, Padalecki points out that he doesn’t “know if I’ve unpacked” what that final brother moment fully means emotionally. He shares that he has been “avoiding really delving back into that mindset and what it means and what it meant.”

“Even though Jensen and Jared knew, ‘Hey “Supernatural’s” done on Friday; we finished on Thursday,’ we had to treat it like, ‘OK this may be the last minute of the Super Bowl, but we’ve still got plays to make’; we still have to be on point,” he explains.

“Supernatural” began airing the final seven episodes of its 15-season run on Oct. 8, with the world watching whether or not the Winchesters would be able to defeat God (Rob Benedict), who has been hell-bent (no pun intended) on destroying universes of late. Unlike seasons past, though, the episodes have wrapped ahead of time: The first five were finished in the spring, as the show was originally scheduled to end in May. When the coronavirus pandemic halted production, they had two episodes to go, which were completed amid the still-ongoing pandemic in early September.

“We didn’t let COVID stop any brother moments,” Padalecki promises, noting that protocol on-set had the co-leads getting tested every three days and only interacting with essential personal, such as each other, the director, cinematographer and their key makeup and hair artists.

“In those final moments, without giving away too much, one thing you’ll see in my opinion for me [is] the lines that separate the the character from the actor get heavily blurred,” Ackles says of Dean and Sam’s last scene together.

Because of schedule changes due to COVID, both Ackles and Padalecki were able to look ahead to what their next projects would be before finishing the arguably the longest-running one of which they will ever be a part.

Early this year, Padalecki booked the titular role in the CW’s reboot of “Walker, Texas Ranger,” simply titled “Walker”; for the first time in his career he will also be an executive producer on that project. In August, Ackles announced he would be joining the cast of Amazon Prime Video’s “The Boys” for the third season, playing the first superhero, Soldier Boy. Just yesterday, it was announced the Ackles also signed an overall deal with Warner Bros. Television Group.

“My new character, Walker, is different than Sam and so I’ve been spending time since they called, ‘That’s a wrap,’ getting back into that mindset. I was able to get into that mindset during quarantine, but I know as well as any actor that it takes a while to fully flesh out a character anyways — and it should,” says Padalecki. “If ‘Walker,’ the TV show, goes for three or four or five or six or seven years or whatever, then I hope he’s more fleshed-out and more developed than he was during the pilot. And so, I’ve done a lot of work — I’ve done the character work — and I’m going to start from there and let what happens between ‘action’ and ‘cut’ inform me more.”

Both actors say that no matter what new character comes their way, there have been invaluable lessons learned on the set of “Supernatural” that they will carry with them.

“The last 15 years was not just going to work, it was an educational experience. I learned a lot about everything I do. Jared and I didn’t go to school for this; we learned on the job. And so, the more on-the-job we have been, the more we have learned. I certainly never anticipated being this educated in what we do, and I think that that will only help us in what we do moving forward,” says Ackles.

Adds Padalecki: “I’m going to take Sam Winchester and the lessons I learned from ‘Supernatural,’ proudly, into every job I do — and probably outside of jobs, just as what kind of a human being I want to be.”

“Supernatural” airs Thursdays at 8 p.m. on the CW.

Watch Variety’s video interview with Ackles and Padalecki above.