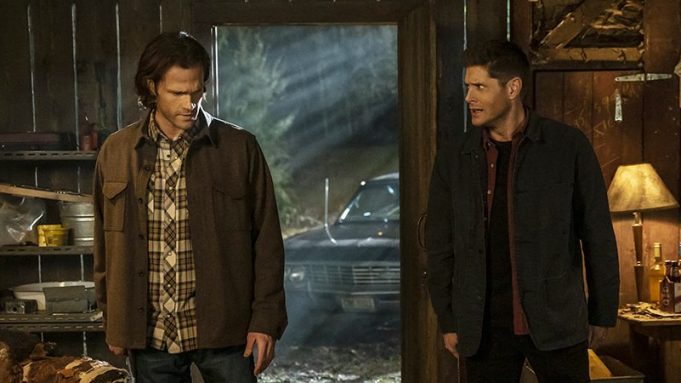 After half a year of forced on-screen hiatus due to the coronavirus pandemic, “Supernatural” is wrapping up its 15-season run, beginning with a standalone episode entitled “Last Holiday” on Oct. 8.

“It’s like the last breath you take before you’re about to take your final sprint or something,” series star Jared Padalecki tells Variety. “Strangely, it’s a serendipitous welcome back to the final seven episodes because it’s sort of a chance to go, ‘All right, everybody take a deep breath, let’s laugh a little bit, let’s see the boys allow someone to give them some breaks.'”

The title of the episode may seem a bit ominous — as if it is implying that the holiday celebrations that the Winchester brothers, Dean (Jensen Ackles) and Sam (Padalecki), celebrate within are their last ones (not just the last ones the audience will celebrate with them). “I think you’re hitting right around there,” Ackles says.

The title, Padalecki adds, has “a lot of meanings” and in hindsight “we will see that episode not only as an homage to the holidays that the boys get to go through and had to miss, but even the bunker that’s become their home [and] how little Sam and Dean have asked for other things or gratitude. It’s a chance for the boys to enjoy this home that’s given them so much.”

And of course, the characters don’t have the outside awareness of the audience, so the episode is still “a little celebratory,” Ackles says.

“I think it’s probably one of those rare moments in the course of the show where we get to see the boys kick their shoes off, put their feet up and pat each other on the back and say, ‘Job well done,'” he explains. “But in true ‘Supernatural’ fashion, it doesn’t last for long and we’ve got to get back to work.”

“Last Holiday” is the first of seven final episodes for the long-running demon-hunting drama. It and the next four episodes were filmed in the spring of 2020, with the final two of the series shot in September, amid new pandemic-forced production protocols. Coming back to the show after so many months, Padalecki says, felt nice, but regardless of whether the final episodes were shot on their original schedule or not, the emotion that came with them aided in the work.

“I’m sure some of it is subjective,” Padalecki says of the ending of the show, “but there is a nice feeling, for the first time in ‘Supernatural’ [of finality]. We were able to treat it with the gravitas that it deserved — that it warranted. It was sort of like good acting by default because we could feel the finality [and] importance of it, so maybe just call ‘action’ and we were already in the right headspace.”

Despite starring on “Supernatural” for 15 years (and, for Ackles, stepping behind the camera to direct a handful of episodes), neither actor ever negotiated it into their contract to become an executive producer, nor did they try their hand at penning an episode. However, being the most constant part of the show’s story for the decade-and-a-half often gave them leeway to alter lines or throw in improv reactions, if they felt it was right for the characters. And at one point, Ackles shares, they did have an episode idea they wanted to pitch.

“We called it ‘Naked “Supernatural”,'” Ackles says, though Padalecki jumps in immediately to say that is not regarding clothing.

While Ackles, Padalecki and guest actor/director Richard Speight Jr. have been on a text chain with ideas for this episode, but what stopped them was the fact that it was the final season and there was just too much else to accomplish in the 20 episodes. However, Padalecki notes that he, for one, would certainly be interested in coming back to shoot that down the line.

“I know they made me laugh out-loud, reading it,” he says.

Watch Variety’s video interview with Ackles and Padalecki above.