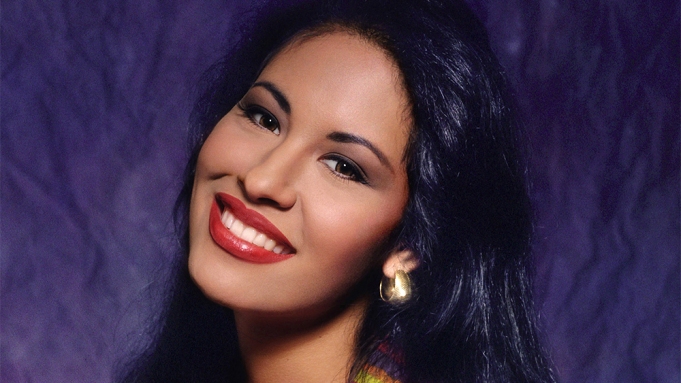 Growing up in a part of Texas he calls “Selena country,” Jaime Dávila inevitably became a lifelong fan of the singer-songwriter. Thus, the Campanario Entertainment president’s role as exec producer of a new series about Selena’s life, family and career has been a long time coming.

But Selena’s life is not a story untold. Indeed, 25 years after her death, it remains a subject of not just enduring but growing fascination. To do it justice, and give fans something new, Dávila wanted to focus on Selena’s rise and the world she came up in.

To “get the true story and to really understand the emotions of what it took,” Dávila says, the show takes a hyper linear approach, showing Selena’s birth and the first moments when her father recognized her music ability: “Baby Yoda, eat your heart out; we have baby Selena.”

Selena Quintanilla was an icon in life but became a legend after her untimely death in 1995, when she was shot and killed at the age of 23. In the years since, she amassed millions more fans around the world, with her posthumous crossover album, “Dreaming of You,” setting a record for sales on its day of release (175,000 copies, the most ever at the time for a female singer). Jennifer Lopez portrayed her in a feature film in 1997; Quintanilla was named the “top Latin artist of the 1990s” by Billboard at the end of that decade, and a decade and a half later she was still being celebrated with a new figure at Madame Tussauds Hollywood, a makeup line by MAC cosmetics and an exhibit at the National Museum of American History, in addition to the museum her family set up for remembrance.

Raúl De Molina, the longtime host of Univision’s “El Gordo y la Flaca,” was an entertainment reporter at Telemundo at the height of Selena’s career. The stronghold of her popularity was northern Mexico and southern Texas. “At the moment that she died, she was trying to cross over into the Anglo market,” De Molina recalls. “When she died, people really had no idea how popular she was. She became more famous after she died.” He adds, “For people who have been watching Spanish-language TV for 20 years, there has been nobody bigger than Selena.”

Quintanilla has endured as an important figure in pop culture because “she was one of the most talented musicians, I would say, of all time,” says Dávila. “What transcends for Selena and what I hope transcends for the series is the emotion she gives.” She also had a fairy-tale-like story: a schoolgirl who had talent like no other, trained and taught by her father, performing with her siblings in a wholesome family band. They started out playing at the family restaurant and small venues and events such as weddings, but their talent and their drive pushed them to bigger and better things, including signing with EMI Latin in 1989. That Quintanilla was a young Mexican American woman who sang primarily in Spanish offered legions of fans something for which they had been yearning: someone who looked like them achieving the American dream.

“One of the things we investigate with the series is why she had to sing in Spanish, and hopefully that also elucidates a little bit for people what it means for a Mexican American in today’s world, where people are like, ‘What do I do with you?’ But I’m just like you,” says Dávila.

Although millions of fans have loved Quintanilla for decades, not many of those fans were found in executive offices when Dávila was trying to sell a series about her life. “When you talk to American buyers, a lot of them didn’t know how big Selena was. They weren’t aware, really, of her legacy,” Dávila says. “One of the hard parts whenever you’re trying to sell or produce Latinx stories in Hollywood is that Hollywood isn’t as familiar with them. Latinos in Hollywood are put in a box. Because we come from two worlds and because some of us speak another language, people don’t know, necessarily, where to put us. We’re still facing what Selena faced in the late ’80s and early ’90s, which is a mainstream entertainment not sure how to categorize us, even though the audience already has. And so, I think, hopefully what the series does is break those barriers that currently exist for everyone.”

Netflix, on the other hand, “immediately got it,” he says, because “they are a global company and could see things from a bigger picture.”

The story depicted within “Selena: The Series,” especially the nine-episode part launching Dec. 4, shows the bigger picture of what the family went through as its youngest child rose to stardom. Working with the Quintanilla family, Dávila first developed a series “inspired by” Selena’s life for Disney. But that project was ultimately shelved in favor of the Netflix show, which focuses on the early life of Selena proper. As her reach has grown in the decades after her death, so too have disputes over who has the right to tell such a story.

Last year, Abraham Quintanilla settled a lawsuit in which he sought to block Endemol Shine and Selena’s widower, Chris Pérez, from developing a series based on Pérez’s book, “To Selena, With Love.” Pérez told the Houston Chronicle last year that after Selena’s death, he signed an agreement that gave Abraham Quintanilla entertainment rights to the singer’s name, likeness and voice “in a moment of duress.” In a new lawsuit filed Nov. 6, Moctesuma Esparza, who produced the Jennifer Lopez feature, claimed that he had been working with the Quintanillas to develop a TV project about Selena’s early life when he learned of the Campanario-produced Netflix series via trade reports. Netflix, Dávila and a representative for the Quintanillas — all named as defendants in the Esparza suit, which seeks damages of more than $1 million — declined to comment.

Twenty-five years after the feature, the appeal of a fuller Selena story that celebrates her rise to success rather than focuses on her tragic murder is clear. That appeal is helped along by the growing power of the Latino market in U.S. entertainment and the global approach to content being taken at Netflix and other companies.

“Her music is timeless and even today is still playing hard across Latin America and the U.S.,” says Francisco Ramos, vice president of Latin American content for Netflix. “I also think her story and growth from humble origins to major success reflects a lot of what’s happening in the world right now.” Ramos characterizes expectations for the series as “high,” emphasizing the family-drama elements, and singles out Europe as one region in which he expects the show to perform well. “I think even in areas other than Lat-Am and the U.S., people will identify with the family story of an icon.”

Dávila has understood all along that it was the universality of the family story that would make this interpretation of Selena’s life stand out.

“So many people are going to be able to relate to this story. It’s the story of a family that’s trying to live their dream, and it’s not easy and you have to work hard,” Dávila says. “How do you juggle that with school? How do you juggle that with a young family? These are such relatable, universal stories. If you’re in Japan, Denmark or anywhere in Europe, you’ve been there when people underestimated you and thought that you couldn’t do something because of who you are or what you look like. I think there’s something so universal in the Mexican American experience and the Quintanilla family.” λ