‘One Day at a Time’ Bosses on Politics, Production Postponement and Weekly Format of Season 4 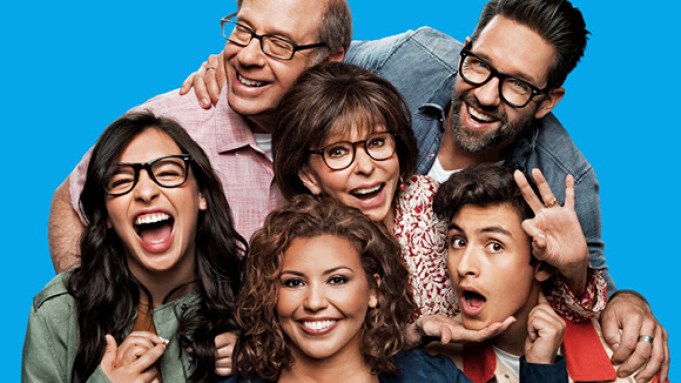 It has been a rocky road to “One Day at a Time’s” fourth season premiere, but when it finally arrives on March 24 it comes at a time the world needs it most.

Pop TV saved the Sony-produced multi-camera comedy from cancellation in June 2019, picking it up for a fourth season only months after its original network home, Netflix, opted not to renew it. But in the weeks leading up to the launch of the now-weekly series, Pop decided to put the kibosh on three series as its new parent company, ViacomCBS, shifted its strategy for originals. The fourth season of “One Day at a Time” was still set to move forward as planned and was in production in Los Angeles, but then COVID-19 became a pandemic, further creating a roadblock to finishing the season on time and causing the cancellation of their pre-premiere events, such as PaleyFest.

But after a planned hiatus got extended due to public health concerns, the larger “One Day at a Time” family was missing each other. As Kellett found herself checking in with loved ones via video apps, her husband told her, “The Alvarez family would be doing this with Schneider.” That idea sent Kellett and Royce on a slight detour from the season into a new promo “to give the fans a little comfort via the Alvarez family,” Kellett explains. They sent the script digitally to the actors, who shot their pieces on their phones and sent them back. Then, the show’s editors put it together from home, where they are currently working remotely.

The video, which you can watch exclusively above, features the cast in characters as they check in with each other from their self-quarantines, always reminding each other (and the audience) the importance of proper health measures. “We love our fans and want them to know they are not alone,” Kellett says. “Plus, we wanted to model good behavior. … We hope it’s the check-in our fans need and that everyone is staying safe.”

When Kellett and Royce first began working on Season 4 of “One Day at a Time” the biggest shift they thought their show would be facing was that it was no longer in the binge-model of Netflix. Instead, they would need to incorporate act breaks into their now-weekly episodes. But, because they both come from the traditional broadcast sitcom format, that shift was slight.

“On Netflix everything had an arc but we still saw them as individual episodes above everything and then tried to make them add up into something. And it’s been the same for Pop,” Royce says.

Similarly, neither wanted to approach the storylines on the new season as anything drastically different than what they had been doing all along. While the business around the show has hardly been usual, the goal is to ensure they are making the same heartfelt show that they did for three prior seasons.

The Season 4 premiere, entitled “Checking Boxes,” works on both the political and the familial level when a census worker (played by guest star Ray Romano) visits the Alvarez household to update information on those who live there. There are discussions about identification, both from a Latinx and LGBTQIA+ standpoint, which serve not only to educate the viewer on important issues around the census and what it tracks, but also on who the core characters in this show are and what values and conversations matter most to them.

“That first scene is a reset that is using the census — which is something we wanted to talk about anyway because Latinx people and people of color tend to under-report and we like to talk about things that are important to the community. But also, it’s a great way to reintroduce all of the characters and say, ‘Here’s everything you need to know to enjoy the show right off the bat,'” explains Kellett.

The season will also feature other socially relevant discussions such as a “part 2” of the religion conversation started with Season 1’s “No Mass” episode, Kellett reveals. That episode centered on single mom Penelope (Justina Machado) getting into an argument with her mother Lydia (Rita Moreno) about having the a picture of the Pope in the house, which escalated to include a refusal to go to church on Sundays and a standoff over who was really the head of household. The new episode, Royce adds, will continue the religious discussion but also include “an LGBT element.”

Additionally, there is an episode (the second of the season, entitled “Penny Pinching”) that follows Penelope’s stress over finances, even though she is doing well at the moment. “Anxiety about money is not something you see portrayed on television a lot,” Royce admits. “Usually the mandate is seeing people good at their jobs and succeeding. But we wanted to show what it looks like for a lot of people, and it culminates in a story about the perfect daughter who messed up for the first time and the mom feeling happy she imparted a lot of great lessons.”

The balancing of relationship stories for the teenage and adult characters outside of the home expands further in the fourth season, as well. Elena (Isabella Gomez) and Syd (Sheridan Pierce) have potentially moving away to college looming in front of them, which causes them to try to find ways to get used to not being in contact with each other as often as they have been, while Alex (Marcel Ruiz) gets a girlfriend and faces down introducing her to his family.

“Marcel is a lot more prevalent this year because his character’s older. He is dealing with more adult things. The show is still about family, but it’s much more about teenagers who are becoming adults,” Kellett says. “Something we’re talking about [is] how is this young man dealing with women, after being surrounded by women? He’s in the best case scenario, surrounded by all of these strong women, so what does that look like for his relationship?”

In the third episode of the new season, entitled “Boundaries,” the show also explores the awkward side of what it’s like for Alex to be living with so many women — when he accidentally walks in on his mother in a compromising position.

“This has been a dream of Gloria Calderon Kellett’s for three years,” says Royce. “Now it’s a little bit better that the kids are older and we can have that conversation with all of them now.”

For Kellett, the interest was not only in having “a conversation about female sexuality and female orgasms,” but also turning traditional sitcom tropes on their head. Her initial pitch was Penelope recounting an experience to her support group, and those listening would assume her talk about living with a teenage boy and “it only being a matter of time” before someone sees something they don’t want to see meant she walked in on him. She pitched the idea early in the show’s run, but they needed a combination of factors, including time and the right theme, to make it a viable piece of the story. Similarly to how they broke the colorism story in the second season, the topic was floating around the writers’ room, but “it needed to be folded into a story with a beginning, middle and an end,” notes Kellett. With colorism, they incorporated it into a story where Alex was bullied and then Elena could bring up how the world sees them differently. With “Boundaries,” they expanded the tension outward, having Lydia decide her daughter needs to start dating again, to teach a lesson about the titular boundaries needed across the board in the family.

“That was the thing that cracked it into an actual story and not just a funny opening scene, and I’m so happy with that episode,” says Kellett.

Later in the season the show does plan to incorporate politics in a more head-on way.

“It seemed like for the longest time we could all joke about having separate people that we voted for and suddenly there’s a shift and it feels different,” Kellett says. “In my own family it seemed like, ‘If I can’t even talk to family members, how am I supposed to reach across the aisle to talk to strangers?’ I have a responsibility to talk to family members, so Mike and I are writing that, and it’s been a really fun episode to write and talk to my own family about and hopefully have some healing.”

However, Kellett and Royce admit that “talking to family about politics” episode has not yet been shot. The show is currently still on hiatus amid COVID-19 concerns, with the plan to hopefully go back into production to finish out the season for the cast and the crew, but without the live audience element.

“Every week for the show from the beginning we’ve had a few segments that we had to pre-shoot — because it takes place in the car or on a swing set — that they would do without an audience. We play that for the audience and record the laughter. But we did two shows without an audience before the postponement, and it was fine because they know; this particular cast can feel it,” Kelley says. “Because we’re in the fourth season and they have been conditioned to work in front of live audiences, they know when the pauses are.”

Adds Royce, “Going forward there won’t be a live audience in the near future, but we’ll figure it out when we get there.”