Why Sports Documentaries are Seeing a Boom Amid the Coronavirus Pandemic 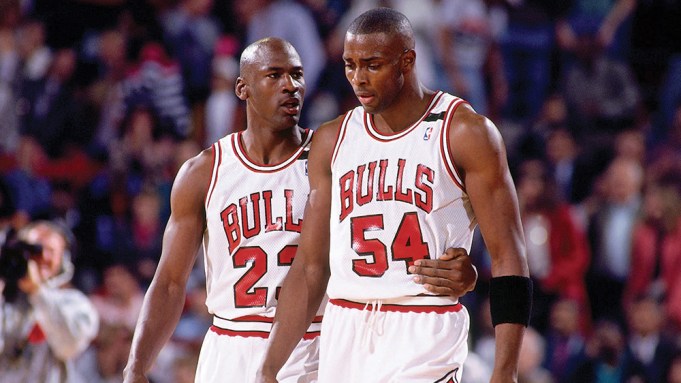 Rarely in recent memory has a TV show been so propitiously timed as “The Last Dance.” The 10-episode documentary series about the Michael Jordan-era Chicago Bulls premiered in May, weeks after the coronavirus pandemic caused the shutdown of all major live sports events, leaving fans bereft.

Into that void slipped “The Last Dance,” turning five straight Sunday nights into must-see events for large swathes of audiences quarantined at home. Over the course of its run, “The Last Dance” averaged 5.6 million viewers. And in seizing the moment, it’s becoming emblematic of a wave in sports documentary programming that has been building for years.

“It’s a funny time to celebrate any project and pat yourselves on the back, but I will say, I think it was the perfect project at a really specific point in time in our history,” says Libby Geist, vice president & executive producer, ESPN Films and Original Content. “I think it had the perfect tone for what our fans were looking for at the time. We were so grateful and frankly lucky that that project was ready and we were able to put that on the air at the time.”

For years, ESPN has been in the business of making documentaries, but the recent boom in sports docs — a genre that began to be taken far more seriously by filmmakers with the 1994 premiere of Steve James’ “Hoop Dreams” — was prompted largely by the success of the Worldwide Leader’s “30 for 30” franchise and its 2016 series “O.J. Made in America.”

Since then, ESPN’s documentary pipeline has widened. That proved useful when coronavirus essentially wiped the network’s schedule clean, knocking all major sports off the air. ESPN moved up highly anticipated documentaries “Lance,” about disgraced cyclist Lance Armstrong; “Be Water,” about late martial-arts legend Bruce Lee, and “Long Gone Summer,” about the home run race between Mark McGwire and Sammy Sosa.

According to Geist, those films have benefited from having the full strength of “the ESPN machine” backing them at a time when the major sports leagues are still working out their returns to action — none more so than “The Last Dance.”

“It’s just been a whole different level of appreciation that we’ve never received before, and that was really special,” she says. “And then as certainly as the ratings came in, we felt really good about moving up other films knowing that we’d still have a lack of sports and people still want something to talk about.”

ESPN isn’t the only network emboldened by the success of “The Last Dance.” In May, Showtime premiered “Basketball County: In the Water,” from exec producer Kevin Durant about basketball history of Prince George’s County, Md. In June, the premium cabler debuted “Ringside,” about two young boxers from the South Side of Chicago.

And next month it will unveil one of its most ambitious projects, “Outcry,” a five-part series that blends sports and true-crime elements.

“You could sort of call it the ‘Last Dance’ effect, in some ways, because that is perceived to be one of the biggest beneficiaries in terms of timing,” says Showtime Sports president Stephen Espinoza. “It was a very good doc. And once it premiered, exactly at the time when sports fans were hungriest and most desperate, that affected our scheduling as well for Showtime documentaries.”

Showtime has its own history with successful sports documentaries including 2015’s “Kobe Bryant’s Muse” about the late Lakers star. But being a premium cabler and OTT service, it looks often to blend genres — as it does with “Outcry,” about a high school football star who was exonerated years after being convicted of sexually assaulting a boy.

“[As] a general-entertainment network, we are always trying to serve both audiences,” Espinoza says. “So a sports doc has to stand alone as a compelling documentary film for non-sports fans, as well as having the appeal for a sports fan.”

Expanding the boundaries of the genre has become a common pursuit since the success of “O.J. Made in America.” ESPN viewed “Be Water” as a similar attempt to reach beyond the network’s core audience. And Fox Sports’ “Magnify” series has sought to use sports as a way to platform stories about social change — as it’s done with recent films including “Q Ball” and “Shot
in the Dark.”

Charlie Dixon, Fox Sports’ executive vice president of content, sees the present as the right historical moment for such stories.

“The whole point has been to explore the set of views of the individual, or of a community through the lens of sports,” Dixon says. “And I don’t think there’s ever been a more important time in that conversation than right now.”