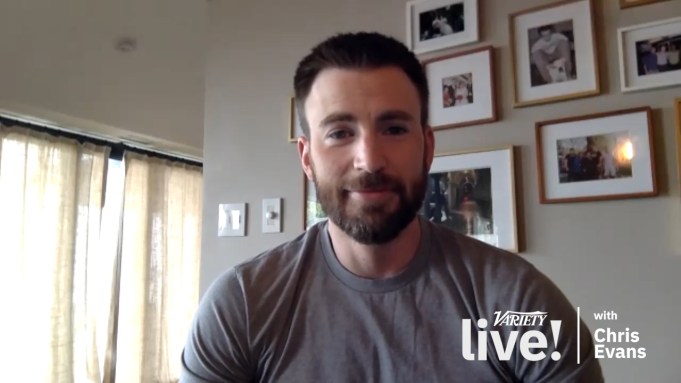 SPOILER ALERT Do not read if you have not yet watched the series finale of “Defending Jacob,” streaming now on Apple TV Plus.

Apple TV Plus’ adaptation of “Defending Jacob” ends with closure regarding the murder case in which the titular character is embroiled, but not necessarily justice, let alone the ultimate truth.

Jacob Barber (Jaeden Martell) goes free after being on trial for murdering his school mate Ben Rifkin (Liam Kilbreth) because local sex offender Leonard Patz (Daniel Henshall) confesses to the crime in what appears to be a suicide note. But he didn’t actually kill himself over guilt: He was murdered when Jacob’s grandfather (J.K. Simmons) put a hit out on him to save his grandson a life in prison, like the one he is living.

And after all Laurie Barber (Michelle Dockery), Jacob’s mother, has seen and heard, she begins to question whether or not her son is guilty, and ends up crashing the car with her and her son in it. While she recuperates and Jacob lingers in a coma, her husband Andy Barber (Chris Evans), who had stood by his son and maintained his innocence throughout the events, now stands by his wife by testifying in front of a grand jury that it was just an accident.

“I looked at it less from the perspective of whether or not the judicial system did their job and more about whether or not we as humans are able to compartmentalize what we need to do in order to circumvent the conventional notion of law — how far would you go to preserve your family, your son, your wife, your loved ones?” Evans tells Variety. “I think in that arena law matters very little. The prison you’re trying to avoid is the prison within.”

“As more information comes out and Laurie reconciled what she believed to be the truth with this idea of family [he did this] in order to prevent her from becoming a part of those lies,” Evans continues. “That’s why that final act of hers was a grasp at what she considered to be truth — real — and that meant more to her than that belief system or the identify of family, whereas Andy’s identity is so tangled up in these monikers of father, of husband, of just normalcy because he’s coming from a really traumatic place. He’s not willing to give it up; that’s where the road forks.”

Evans says he is the kind of guy who would “bury a body for my family,” so he understands why these characters are “willing to bend their moral North Star.”

When considering whether such actions feel heavier today, given the way the morality has bent for people in positions of political power, Evans admits it would be a “bit of a reach” to draw such a connection. However, he notes that the beauty of the medium is “If you see something and it means something to you in a certain way, great.”

“Defending Jacob” is based on William Landay’s 2012 novel of the same name, but a couple of major events, including ending, were changed when Mark Bomback turned the story into an eight-episode limited series.

Certainly well-versed in stepping into projects based on pivotal source material after working with Marvel for so many years, Evans admits he didn’t want to concern himself with audience expectations for this particular story.

“The concept of expectations is a little bit of a fallacy and a little bit of a slippery slope, and I got in those weeds 10 years ago when I signed up for ‘Captain America.’ And part of the last 10 years has been about awakening to the fact that it is a fallacy and that the whole notion of things like momentum and perception, and you can create those burdens if you want them, but it’s really got nothing to do with the work,” Evans says.

Part of Evans’ personal awakening, he continues, has included “compartmentalizing” aspects of his life, which is a trait he shares with Andy.

“Andy has had a lifetime of experience compartmentalizing his rationale in order to preserve a belief system. I think a lot of people who grow up with trauma in their past harness these coping mechanisms. They’re capable of burying guilt and leaving things unexamined in order to survive. And as a result, Andy’s had a lifetime of experience separating that swampy mess and Laurie’s character doesn’t have those tools,” he explains.

Evans had a dual role on “Defending Jacob” as an actor and an executive producer, but he admits the latter role was “really just title.” While knowing he had some say if he felt things on the project started to “spiral” was comforting, as was the feeling like “it’s your barbecue too, you’re not just being invited,” he didn’t have to split time on behind-the-scenes logistics and in front of the camera work.

And this proved to be helpful because the role of Andy was so “internalized,” Evans notes, but you don’t want him to come off seeming “cold.”

Finding ways to let the audience in came, in part, from borrowing from his own father, who Evans said always did a great job of “not bleeding on us” — keeping whatever hard things he had going on separate from how he parented. Evans also created a “paternal physicality” for Andy out of how his father postured, from holding a newspaper to leaning in doorways.

While this was not the first time Evans stepped behind the scenes in a producer role, he admits he doesn’t yet know how much he will chase such titles in the future.

“I do a movie and then I’m like, ‘I need a break!’ I’m very mercurial by nature so I don’t like have too many balls in the air,” he says.