Continue to Variety SKIP AD
You will be redirected back to your article in seconds
Nov 3, 2020 4:55pm PT 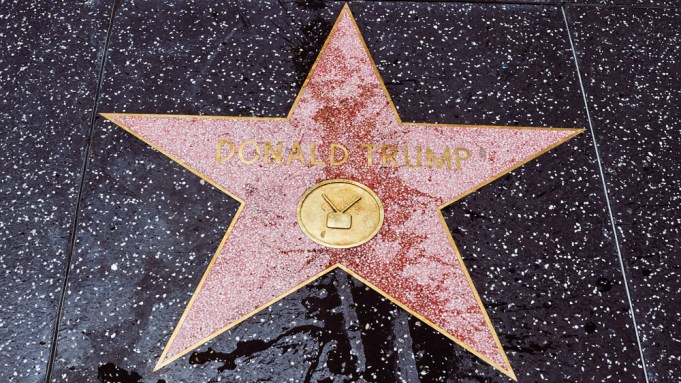 Before he was President of the United States, Donald J. Trump was the host of a reality show that revolved around the “fact” that he, Donald J. Trump, is the only person whose opinion matters.

I repeat this incredibly obvious detail of his resumé because even after everything he’s said and done these past several years, it’s still somehow under-appreciated in terms of just how effectively he’s transformed the presidency into a national 24/7 experience. It’s not just that he’s hawked his own line of steaks at press conferences, held government events at his self-titled hotels, called into “Fox & Friends” for impromptu therapy sessions, and inspired existential crises for all the networks trying to figure out how (or if) to air his rambling rallies. It’s that he knows how to get and keep people’s attention in such a way that envisioning life without his presence has become impossible. At his very specific urging, the presidency has become a podium from which Trump can host his own all-consuming talk show — and none of us, whether we’d like to or not, can ever truly change the channel.

As this election night (week? month? year?!) unfolds, it’s understandable if the only real emotion that you can muster is bone-deep exhaustion, or if you want to spend this day doing anything except watching the news. By ambition and design, The Trump Show has been the most all-consuming TV marathon of all time.

Before Trump was elected, he used every trick in his TV experience arsenal to make sure the media was intrigued enough to keep cameras trained right on him. He provided a staggering amount of fresh and increasingly bizarre material that made politicking as usual seem deathly dry. After he was elected, he did more of the same — and being the president, the spotlight is effectively on him every minute of every day. For a man obsessed with attention, validation and knowing how many viewers he has at any given time, it’s a fever dream come true. No matter where we’ve looked the past few years, there he’s been, looming large and spouting new nonsense that doesn’t need to make a lick of sense in order to command center stage.

For those who love him, Trump’s constant drip of #content provides steady fuel for their righteous fire. For those of us who aren’t charmed by his particular brand of hyperbolic machismo, however, living through these last four years has been a punishing endurance test. Staying informed enough to know what’s going on in this country without getting sucked into every dizzying side-plot is a constant balancing act. Learning how to weed through the lies means learning how to discern and decipher bullshit in real time without getting overwhelmed by the sheer volume of it all. Getting through a single day without having to read one of his ALL-CAPS TWEETS apparently means trying to avoid civilization entirely. No wonder he doesn’t want to give up the job; for him, losing the presidency would mean losing his captive audience.

It’s no coincidence that this exact point has formed a cornerstone of Joe Biden’s presidential campaign. The Democratic ticket ran against Trump as a candidate, but also against Trump as an unstoppable oxygen suck that won’t let us take our eyes off him for a second. Biden has spent ample time promising to “end the last four years of chaos,” drawing himself as a stable, pleasantly boring alternative to Trump’s bombastic style. When Barack Obama took to the campaign trail in Pennsylvania a couple weeks ago, he spent 36 minutes tearing apart Trump’s record, but still had no more convincing argument than his insistence that with a Biden administration, “you’re not going to have to think about the crazy things they said every day…You’re not going to have to argue about them every day. It just won’t be so exhausting.” With hours to go until the polls closed, Dr. Jill Biden tweeted, “Can you imagine waking up on a Saturday morning and the headlines aren’t about some late-night tweet storm? I can. We just have to vote.” Biden’s slogan might as well have been, “Wouldn’t it be nice to not have to think about the president all the time?” Wouldn’t it be nice, in other words, to change the channel once in a while without being afraid of what you’ve missed?

Throughout his career, Trump has bet that he’s capable of building an audience big and rabid enough to keep the entire nation tuned in — and on that count, he’s been right. Now the nation has a chance to say otherwise, or else risk getting stuck with The Trump Show for as long as he wants to host it.