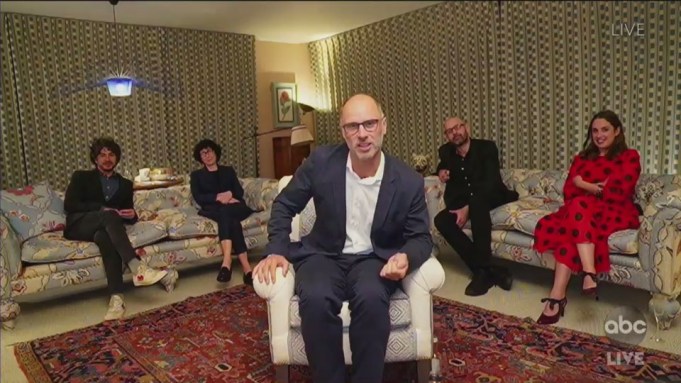 For the first time in two years, the Television Academy has crowned a new drama series Emmy winner: “Succession.”

The Roy family of the premium cable media dynasty family drama extends its awards reign. After picking up the Golden Globe for drama series in January, it snagged its first-ever drama statue from the Television Academy. This was its second consecutive nomination.

“Succession” was an early front-runner in this race, given the buzz it picked up during last year’s Emmy race, which happened to be when the second season was airing. The momentum continued through winter awards season in 2019 into an adjusted Emmy For Your Consideration campaign window this year and despite the third season not being able to film in the spring and air in the summer as originally planned. (The coronavirus pandemic halted the global production, which shoots both in New York and the U.K.)

The series scored 18 overall Emmy noms this year, the most for a drama series (tied with Netflix’s “Ozark”) and the third-most for a series in general. In addition to this category, the show picked up statues for drama series casting and single-camera drama series picture editing during the third night of the Creative Arts ceremonies last week. Cherry Jones also won the guest drama actress category during the Creative Arts ceremonies (on the fifth and final night).

To win the drama series statue, “Succession” beat out Netflix’s “The Crown,” “Ozark” and “Stranger Things,” as well as AMC’s “Better Call Saul,” Hulu’s “The Handmaid’s Tale,” BBC America’s “Killing Eve” and Disney Plus’ “The Mandalorian.”