‘Succession’ Steps Into ‘Game of Thrones’ Void With 18 Emmy Nominations 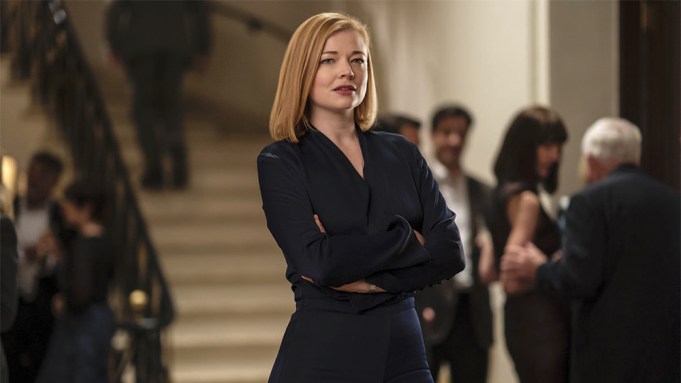 Step aside, “Game of Thrones,” HBO has your Emmy heir all lined up: the family media-dynasty drama “Succession.”

“Succession” scored 18 nominations at the 72nd Annual Primetime Emmy Awards. It wasn’t the most for a series (that honor actually went to HBO’s “Watchmen,” which is a limited series — so its success won’t be replicated year over year), but the number, as well as the specific noms, put “Succession” on the map in a new way.

For the second year in a row, “Succession” nabbed a drama series nom and a drama writing nom for creator Jesse Armstrong (he won that category last year). Where things really get interesting are in the acting races, though. Instead of competing costars splitting the vote, they lifted each other up onto the ballot.

“Well, I’ve won an Emmy before, maybe 20 years ago or even longer. It’s been a bit of a gap in my work with the Golden Globe, so today has been quite incredible. This whole thing with ‘Succession’ — it’s a gift of the show. So I feel very blessed. I’m really, really pleased, and I’m really glad that people appreciate my playing,” Cox said.

These were “Succession’s” first-ever acting accolades from the Television Academy. Casting, directing, single-camera editing and music composition nominees rounded out this year’s total for “Succession.”

Perhaps the exit of “Game of Thrones” from the Emmy race paved the way for this. After all, last year the final season of fantasy series dominated the supporting drama acting categories, picking up a trio of noms for the men (Alfie Allen, Nikolaj Coster-Waldau and Peter Dinklage, who went on to win) and a quartet for the women (Gwendoline Christie; Lena Headey, Sophie Turner and Maisie Williams). It also scored a nom in lead drama actor for Kit Harington, in lead drama actress for Emilia Clarke and in guest drama actress for Carice van Houten — who, like Allen and Christie, self-submitted.

In its first season, “Succession” nabbed five key Emmy noms, including drama series and the aforementioned drama writing. It picked up two wins: Armstrong’s, and Nicholas Britell also picked up the main title music trophy for the show at the Creative Arts ceremony. This was the biggest awards attention the show had received, a year after its first season premiered. Riding that wave of buzz, the second season of the family drama picked up two Golden Globes in January (for drama series as well as for Cox), as well as a second consecutive supporting drama actor nod for Culkin.