‘Succession’ Star Nicholas Braun Teases What’s Next for the Roys: ‘They Might Open a Deli’ 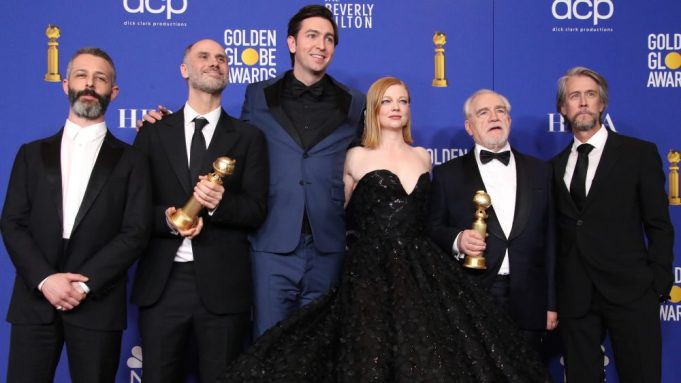 After winning the Golden Globe for best drama, the cast of “Succession” piled backstage to answer the inevitable question: What’s next for the Roy family in Season 3 of HBO’s buzzy drama?

Nicholas Braun, who portrays cousin Greg, offered one suggestion. “They mighty open a deli,” he joked.

Brian Cox, who won a trophy earlier in the night for playing fearsome patriarch Logan Roy, was less humorous on the matter.

“We have that question every f—ing season, we’re so bored with it. I can’t tell you,” Cox said. “I know you want to know what happens next, but that’s not the deal.”

Series creator Jesse Armstrong, though tight-lipped on what audiences can expect, revealed the writers’ room is currently working on Season 3.

When drawing from the realities of the business world, Armstrong said that while everyone in the room reads the Wall Street Journal and Financial Times regularly, the show is “not about one family or one business.” Armstrong avoided directly mentioning Rupert Murdoch, the media mogul that the show is speculated to be based on.

“The show reflects reality. it isn’t reality. It’s not a roman a clef about one family or one business. The material you can get from those places is extraordinary. You’re wise to steal from them.”

Earlier in the night, Cox was in a similarly Logan Roy-esque mood, especially when asked how close his character is to Rupert Murdoch.

“Rupert Murdoch has f— all to do with it, and you can quote me,” Cox said, emphasizing that “Succession” is “totally our creation.”

The series left with two Globe statuettes on Sunday night from three nominations. Kieran Culkin was also nominated in the supporting actor in a series, limited series or TV movie category, losing out to Stellan Skarsgard for his performance in “Chernobyl.”