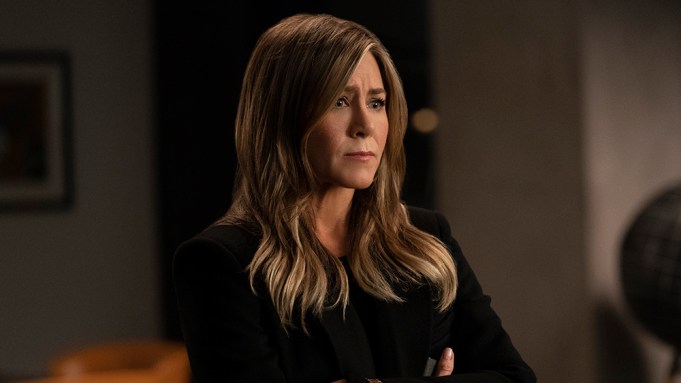 Jennifer Aniston has officially crossed over from beloved comedy star to beloved drama actor in the eyes of the Television Academy: She nabbed her first-ever dramatic acting Emmy nomination (for Apple TV Plus’ “The Morning Show”) on Tuesday.

“You did the work. It was just really clear. You were this other person. And you are poised, but it was a different shade of poise, maturity. It was just really thrilling,” Aniston’s former “Friends” costar Lisa Kudrow said to Aniston of her work on “The Morning Show” during Variety‘s Actors on Actors in June.

Aniston credited this to actor and acting coach Nancy Banks, who she called an “incredible woman” with whom she breaks down scripts. “I feel like I’ve discovered a whole new doorway into what we do — into acting — that I’d never, in all the years, even thought about,” she said. “I have a whole new tool belt.”

Aniston’s prior Emmy attention, including her one win to date, was all in the comedy genre. She saw two consecutive noms in 2000 and 2001 for supporting comedy actress for her role as Rachel Green on NBC’s modern classic sitcom “Friends” and then picked up three more consecutive noms for that role in the lead category, starting in 2002. (2002 also marked her first and only Emmy win to date.) Her most recent Emmy nom comes in the guest comedy actress for her turn as an old friend of Liz Lemon’s (Tina Fey) on “30 Rock” in 2009.

This is far from Aniston’s first attention in the role of morning news anchor Alex Levy on Kerry Ehrin’s streaming series, though. During the winter awards season, she scored a Golden Globe nom and a SAG win. That SAG became her first-ever small-screen dramatic statue; she had previously won in the comedy ensemble category for “Friends” in 1996.

On the film side, Aniston’s dramatic work has been celebrated before, with SAG and Golden Globe noms for “Cake” in 2015.