Emmys 2020: Making the Case for ‘Succession’ and ‘Ozark’ for Drama Series 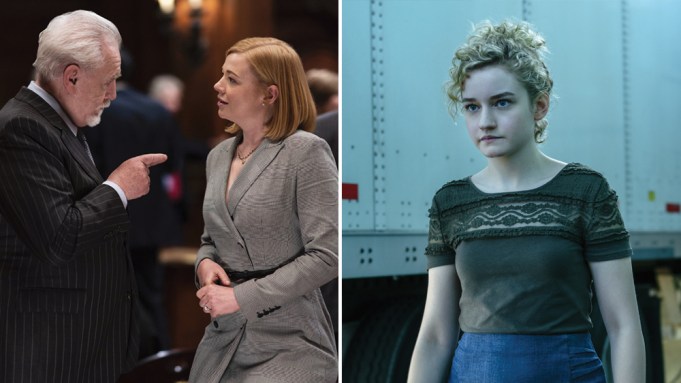 Not only has the COVID-19 pandemic upended the entertainment business (and, well, all businesses for that matter), it also put a sudden dent in what had been a more straight-ahead race to Emmy glory this year. A year ago, “Succession” Season 2 launched right in the middle of voting, and quickly turned into a phenomenon. The “Succession” buzz was so loud that pundits were already predicting a 2020 Emmy win for the show — even though the 2019 race, which featured a drama nomination for the show’s first season, hadn’t even been determined. The assumption, of course, was that Season 3 of the show would again premiere in the August voting window, and make so much noise that a win would be all but a foregone conclusion.

But then coronavirus happened, slamming the brakes on production and leaving “Succession” without a new season off of which to drift. Now, with the drama series category expanded to eight contenders, the race is a bit more compelling. And all but one of them have been here before: Previous winner “The Handmaid’s Tale” and past nominees “Better Call Saul,” “The Crown,” “Killing Eve,” “Ozark,” “Stranger Things” and the aforementioned “Succession.” New this year is “The Mandalorian.” Ultimately, the race comes down to “Succession” and a surging “Ozark,” both of which landed 18 nods, the most for any drama series.

The Case for “Succession”
It says something about the fan frenzy around “Succession” that viewers are still talking about it, nearly a year after the HBO show’s last original episode. The Machiavellian maneuvers of the Roy family in Season 2 captured the interest of viewers, and clearly TV Academy members were enthralled. Not only was “Succession” nominated here for the second year in a row, but also this time, nearly the entire cast was too: Brian Cox and Jeremy Strong as lead drama actor; Sarah Snook as supporting drama actress; and Kieran Culkin, Matthew Macfadyen and Nicholas Braun in supporting drama actor. Even guest stars were hot, with James Cromwell, Cherry Jones and Harriet Walter all picking up nods. Creator Jesse Armstrong landed a writing nom, and Mark Mylod and Andrij Parekh both received directing ones. And those are just the top-of-the-line mentions for the show. Last year, “Succession” won two of its five races (drama writing and main title theme music) — this year, expect it to succeed with even more.

The Case for “Ozark”
It took some time, but Emmy voters have finally caught on to “Ozark.” The Netflix series just landed its second consecutive drama series nomination, and each year its overall tally continues to grow: From five nominations in 2018, to nine in 2019, and now doubling that in 2020. Last year, the show scored wins for supporting actress Julia Garner and star/executive producer/director Jason Bateman, who won in the latter category. This time out, “Ozark” noms include Bateman in lead drama actor, Laura Linney as lead drama actress and Garner back in supporting drama actress, while the show also received three drama writing nominations (Miki Johnson, John Shiban and Chris Mundy) and two for drama directing (Ben Semanoff and Alik Sakharov). As the stakes get bigger and more explosive on “Ozark,” TV Academy members appear to be leaning in — and that Netflix Emmy mojo might pay off with a win.