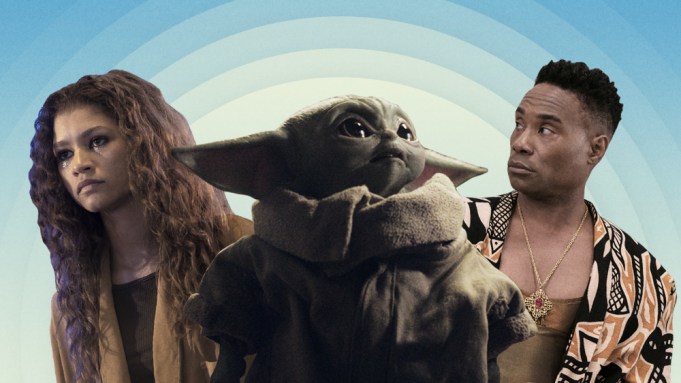 Last year’s drama and comedy series winners (HBO’s “Game of Thrones” and Amazon Prime Video’s “Fleabag”) ended their runs and therefore their awards plays in 2019, leaving some key ballot spots open for the 2020 Emmy Awards. But that’s not all that stood to shake up the nominations this time around: The coronavirus pandemic shifted the awards calendar, leaving the voting members of the Television Academy fewer than two weeks to sort through record-length program, performer and artisans ballots and make their selections.

And those selections were far from ordinary! While a number of repeat nominees (and winners) still made the ballot — from Amazon Prime Video’s “The Marvelous Mrs. Maisel” to Hulu’s “The Handmaid’s Tale” — almost every major category came with a surprise.

Here, Variety breaks down the snubs and surprises of the 72nd Annual Primetime Emmy Awards nominations.

SNUB: "Pose"
The second season of the ballroom-culture drama did not score a second consecutive nomination this year. Lead actor (and last year’s Emmy winner) Billy Porter did, however, and the series nabbed some key Creative Award nominations as well. Unfortunately, though, it looks like airing its second season a year ago hurt the show’s visibility with the voting members of the Academy, especially considering its third season could not finish production and air this summer as planned, due to the coronavirus pandemic.

SURPRISE: "The Mandalorian"
Disney Plus has broken into the Emmy race in a bigger way than many thought possible: with a drama series nomination for its “Star Wars” universe show. It must be the power of the Force because while it was expected to nab many Creative Arts noms, it beat out some heavy hitters and much longer-running series for this coveted spot.

SNUB: Bob Odenkirk and Rhea Seehorn, "Better Call Saul"
Seehorn has never been nominated at the Emmys, but this seemed like it was sure to be her year after a season of the AMC “Breaking Bad” prequel that put her on even more equal ground with Odenkirk’s titular Jimmy/Saul. She navigated tough emotional material, and Odenkirk himself spent much of his Emmy For Your Consideration interviews and campaigns chatting her up. He was nominated four time previously.

SURPRISE: Zendaya, "Euphoria"
The star of the HBO teen drama is some serious fresh new talent for the Television Academy voters. Playing the drug-addicted Rue showed off the former Disney star’s range like no other role could, and she was rewarded, securing a coveted lead drama actress nom, even over previous Emmy winners such as Nicole Kidman and Elisabeth Moss.

SNUB: Reese Witherspoon
Witherspoon had a trio of opportunities to be nominated this year (in lead drama actress for both “Big Little Lies” and “The Morning Show,” as well as in lead limited series/TV movie actress for “Little Fires Everywhere”), but she failed to score any acting Emmy noms. (As an executive producer on “Little Fires Everywhere,” she did get nominated.)

SURPRISE: Linda Cardellini, "Dead To Me"
For her work on the Netflix comedy series, Cardellini nabbed her second-ever nomination. It came as a surprise mostly because last year the Academy only nominated her costar Christina Applegate. Although the show is the definition of a two-hander, there were concerns they could cancel each other out among voters. Luckily that turned out not to be the case and both leading ladies scored nods this time around.

SNUB/SURPRISE: "The Morning Show"
The Apple TV Plus drama scored a few coveted Emmy noms, including lead drama actress for Jennifer Aniston, lead drama actor for Steve Carell and supporting drama actor for Billy Crudup. But it did not pick up a drama series nom. Carell’s nom also came as something of a surprise: Prognosticators thought he had a better chance at the lead comedy actor Emmy for Netflix’s “Space Force,” which he co-created with Greg Daniels.

SURPRISE: "What We Do in the Shadows"
The FX vampire comedy broke into the comedy series race for the first time with its second season. Although beloved by the audience and most critics, it seemed like a longer shot for a nomination, given the stacked race of returning nominees still eligible.

SNUB: Russell Crowe, "The Loudest Voice"
The Golden Globe winner was completely unrecognizable when playing Roger Ailes in the Showtime limited series. Unfortunately, though, that proved not to be enough to follow the Hollywood Foreign Press Assn. love with an Emmy nom.

SURPRISE: Paul Mescal, "Normal People"
The newcomer won the hearts of audiences after bringing the role of Connell from Sally Rooney’s novel “Normal People” to life for Hulu’s limited series, and it turned out much of that audience were Emmy voters. He scored a freshman nomination in the extremely competitive lead actor category this year.

SNUB: Aaron Paul
Like Witherspoon, Paul had multiple opportunities where he could have been nominated, and he was favored for one: lead limited series/TV movie actor for “El Camino,” for which he returned to the beloved role of “Breaking Bad’s” Jesse Pinkman (and for which the Academy lauded him before). But it did not happen for him this year — not for that role, nor for his work in HBO’s “Westworld” or Apple TV Plus’ “Truth Be Told.”

SNUB: The leading ladies of "Unbelievable"
Though the Netflix limited series received a nomination, Kaitlyn Dever and Merritt Wever did not. They may have canceled each other out, because Toni Collette did pick up a nom in supporting. Despite garnering love during the winter awards season, and a timely tale that elicited extremely emotional performances, Emmy voters did not follow the trend.