Throughout its almost 50-year history, the Daytime Emmy Awards have delivered as heartfelt and, at times, humorous moments as the shows the ceremony itself celebrates. This year, in honor of the upcoming 47th annual kudofest, Variety is looking back on some of the most memorable parts of events past.

15. Alex Trebek’s first post-cancer win
(46th annual ceremony)
Although later admitting some of the struggle he has faced while undergoing treatment for pancreatic cancer, here “Jeopardy” host Trebek was all gratitude and his signature wit, joking that it was a “sympathy” win and quoting Sally Field’s, “You like me, you really like me.” Seeing him step on stage looking so healthy felt like a win in and of itself.

14. Dick Clark & "American Bandstand" tribute
(37th annual ceremony)
What started out as a clip package of highlights from “American Bandstand’s” impressive multi-decade run turned into a live and in-person walk down music history lane when acts from the series’ past, the Spinners and the cast of “Jersey Boys,” surprised Clark with performances on stage in front of him. It elevated the experience and provided additional, emotional entertainment.

13. Celebrity charity trip to Kenya
(36th annual ceremony)
Awards shows can be a lot of pomp and circumstance, but in 2009, the Daytime Emmys also shined a light on the importance of charitable giving through a featurette on a trip to Kenya to benefit Feed the Children. Soap legends Susan Lucci, Anthony Geary and Kelly Monaco were part of the group that delivered some truly touching footage to remind everyone of the importance of doing their part to make the world a better place.

12. George Lucas’ first Emmy win
(40th annual ceremony)
Lucas had been lauded for decades (though he had only won one major prize: the Irving G. Thalberg Memorial Award at the Oscars) by the time he took home a Daytime Emmy in 2013 for the animated “Star Wars” series “Clone Wars.” What made it extra special was that Carrie Fisher presented Lucas and the “Clone Wars” team with the statue, and the genuine excitement in her voice made it clear what lasting impact he has on all with whom he works.

11. Bob Barker's Lifetime Achievement Award
(26th annual ceremony)
The long-time “Price Is Right” host had already snagged a dozen Daytime Emmys before accepting the Lifetime Achievement Award in 1999, and his tenure at the syndicated game show was still going strong. But he genuinely seemed just as gracious about receiving it as the first time he stood on that stage. He turned the attention to those who helped him along the way, including his mother and his wife, and of course, he ended with a call to help control the pet population.

10. Barbara Walters' Lifetime Achievement Award
(27th annual ceremony)
Oprah Winfrey said it all when she presented journalist, talk show host and “living legend” Walters with the Lifetime Achievement Award in 2000: “Only Barbara could be like Barbara.” Walters proved her poise even under the most nerve-wracking moments when she came prepared with a speech that touched on her family, including her late sister who had lived with mental challenges, her storied career and the importance of television in general.

9. Aretha Franklin is a "Y&R" Super Fan
(24th annual ceremony)
The Queen of Soul became something of a fixture at the Daytime Emmy Awards but it all really started in 1997 when she introduced the year’s montage for nominee “The Young & the Restless.” She wasn’t there in person this time, but her previously taped video message was just as passionate, saying she watches the show all the time, even when she’s in concert, and especially expressing her love for Eric Braeden’s Victor.

8. "Sesame Street" tribute / Caroll Spinney's Lifetime Achievement (tied)
(36th annual ceremony / 45th annual ceremony)
In 2009, “Sesame Street” celebrated its 40th anniversary with a star-studded, big band number that brought out the kid in everyone again. There was nothing more thrilling than seeing Big Bird, Grover and even Oscar the Grouch (not to mention their human neighbors) perform live. Then, a little less than a decade later, the man behind Big Bird finally got his own moment to shine when he took home the Lifetime Achievement Award, as energetic and full of light and love as his character.

7. Betty White's Lifetime Achievement Award
(42nd annual ceremony)
The presentation of White’s Lifetime Achievement Award was a production in and of itself, with other television icons from Marie Osmond to Regis Philbin playing a game of Password and then talking at length all about the acclaimed actor. But White knew how to keep the party and the laughs going, even doing a little dance with Charo when she took the stage. 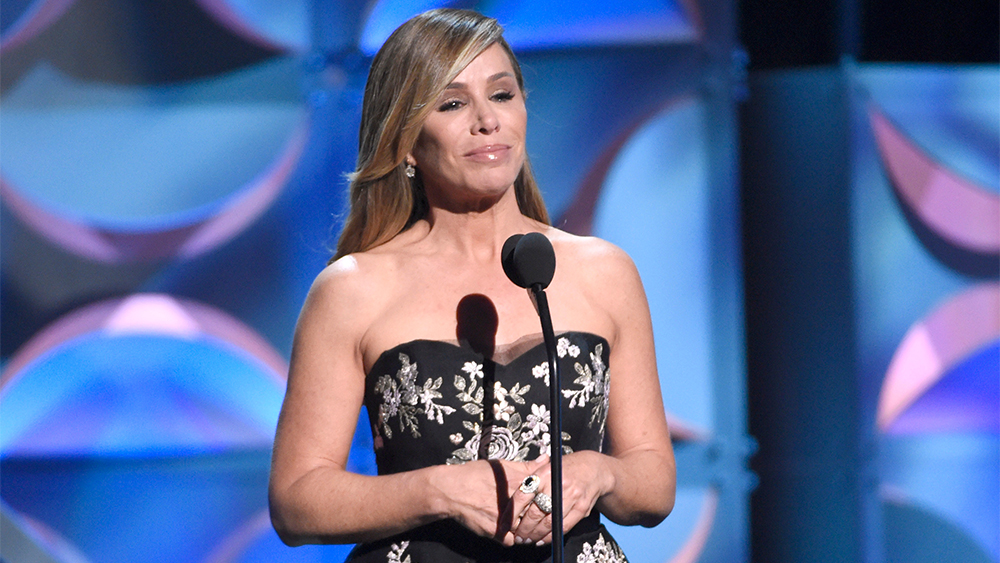 6. Joan Rivers tribute
(42nd annual ceremony)
When the legendary comic died in fall 2014, the Daytime Emmys said goodbye to her with a three-minute long tribute that featured her emotional acceptance speech from 1990 and her daughter, Melissa Rivers, reflecting on her life and career. It was more than enough to cause teary eyes in the live and at-home audience, and it was only the start of the ceremony’s In Memoriam section for the year, which featured Kenneth “Babyface” Edmonds singing Michael Jackson’s “Gone Too Soon.”

5. Al Freeman Jr. is the first African American man to win lead actor
(6th Annual ceremony)
Freeman portrayed Lt. Ed Hall on ABC’s “One Life to Live” beginning in 1972 and won the lead actor Daytime Emmy for the performance in 1979. He made history by being the first performer from that show to take home that trophy, not to mention the first African American performer to do so. This was an important, historic feat that carries even more weight in hindsight: While it made strides toward inclusion early on, it was another six years before a Black man (“All My Children’s” Darnell Williams) would top this category again, and it was less than a decade after the win that the Powers That Be at “One Life to Live” let Freeman, among other Black actors, go from the show.

4. Oprah Winfrey Lifetime Achievement Award / Goodbye to the 'Oprah Winfrey Show' (tied)
(25th Annual ceremony / 38th Annual ceremony)
A dozen years into her successful “The Oprah Winfrey Show” run, the titular talk show host won the Lifetime Achievement Award. It was something presenter Barbara Walters would look back on and note that Winfrey was “just a baby” at the time, but it proved just how important her message and reach already was on the small screen. Her power and status only continued to grow, and in 2011, when her self-titled show had come to a close, it was sent off in a spectacular way, with everyone from Wayne Brady to Gladys Knight to Celine Dion paying tribute to the beacon of light and hope it had symbolized for 25 years.

3. Lee Phillip Bell Lifetime Achievement
(34th Annual ceremony)
Bell, in many ways, was a First Lady of Daytime. The former journalist and talk show host co-created two of the longest running hit daytime dramas, CBS’ “The Bold and the Beautiful” and “The Young & the Restless.” It wasn’t until 2007 that her long list of accomplishments in television were recognized with a Lifetime Achievement Award, despite her husband and co-creator of those two soaps winning his in 1992. It was a moment long overdue, and it was thrilling to see her have her moment of celebration.

2. Susan Lucci breaks her losing streak
(26th Annual ceremony)
Every daytime fan remembers where they were when they heard Shemar Moore yell, “The streak is over” when announcing the winner of the 1999 lead actress Daytime Emmy Awards. It was “All My Children” star Lucci’s 19th nomination but first-ever win, and it garnered her a standing ovation and genuine cheers from even her competition in the category. Lucci herself was extremely emotional. It took about a minute and a half of her standing on stage to raucous applause before she could even begin her acceptance speech, which she did by saying, “I truly believed that this would never happen.” And when the producers told her to wrap it up, the audience booed loudly so Lucci could finally have her full moment in the spotlight.

1. Fred Rogers Lifetime Achievement Award
(24th Annual ceremony)
Almost three decades after Rogers’ NET-turned-PBS children’s show debuted, the man who educated and inspired countless kids (and quite a few parents) stepped on stage to accept a Lifetime Achievement Award at the Daytime Emmys. Always one to put others ahead of himself, Rogers yielded some of his time to allow the audience a moment of silence to think about the people who have helped them along their journeys, taking his message of “looking for the helpers” off the screen of his show and into a practice in his real life. For so many, Rogers was the helper — and he proved it again here.