Mira Nair Reflects on ‘A Suitable Boy,’ Her Epic Miniseries That Closes Toronto 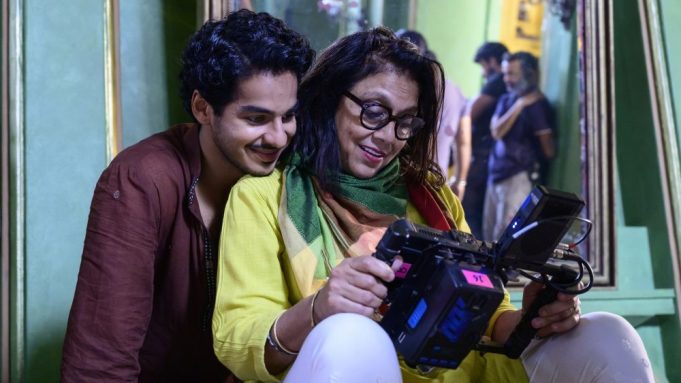 Mira Nair was finally able, after three years of production on the six-episode miniseries “A Suitable Boy,” to relax and reflect on the production, which aired on BBC One in the U.K. and will close the Toronto Intl. Film Festival.

“I was thrilled,” Nair says, when she found out it was playing at the festival. “I was thrilled because I really think of it as cinema, I can’t help it.Toronto is such a fantastic audience and festival that has the voice of the world and it has pretty much shown every film [of mine]. It’s a great sense of homecoming.”

The festival will honor Nair with its Jeff Skoll Award in Impact Media as part of its tribute. Joana Vicente, executive director and co-head of TIFF, said Nair’s adaptation of “A Suitable Boy” was a testament to her talent for authentic storytelling. “Mira’s passion for creating impact through film and storytelling, coupled with her masterful cinematic style, extends far beyond the screen, and resonates through her deep commitment for talent development in the U.S., East Africa and India,” she said.

“For me, this is longform cinema, my first time [with] six hours,” Nair says. “Although I know television makes it possible to make such large unfolding stories, and thank God for that, ‘A Suitable Boy’ deserves to be told over six hours, not two hours like a movie, but to show it on [a big] screen, even though there is COVID.

“They’re still struggling,” she says of the festival organizers, but “they are putting it on; there’s going to be hundreds of people going to be seeing it, and I’m just thrilled about that.”

When the book came out in the 1990s, “A Suitable Boy” got rave reviews and made the New York Times bestseller list. North American audiences will have to wait to see it, as it does not yet have a distributor; Netflix will stream it in the rest of the world.

“I loved it myself; it’s beloved to me, deeply beloved. I have read this book three times and, of course, in parts several times more because of making it. Once I knew it was actually getting made, I just had to be the one to make it.”

The “Monsoon Wedding” director says she made a look-book of photographs and images of how she envisioned the film — something she normally does in planning a project.

Nair had long been interested in a screen adaptation when Andrew Davies’ script came out. She was friendly with author Vikram Seth. Nair, who lives in New York, grew up near Seth in India.

“I have known him for the last 30 years, his brother is a friend, his sister is a friend. I used to visit him a little bit while he wrote ‘A Suitable Boy.’ I remember that, vividly, he had these postcards all around him. And I love his work. I consider him a friend and in the process of making it even more so. We’re also neighbors in Delhi.”

Nair used the team that has been working with her for 25 years to make the series. “They shot everything from ‘Kama Sutra’ to ‘Monsoon Wedding.’ … We know how to work in India. I had crews on ‘A Suitable Boy’ of three generations that had worked with me. Wasim, the best boy, his father, was the gaffer on the second unit but also on ‘The Namesake,’ and his grandfather was the gaffer on ‘Salaam Bombay.’”

Starting with Davies’ script, Nair says she made tweaks to fit her vision as soon as she joined the project.

“It may have, in the beginning, been distilled by Andrew Davies in a masterful craftworthy manner, but the minute I was involved, we also constructed a six-hour version so I moved the emphasis around.”

The end result is “much more a reflection of the politics of India at that time to make it more timely to today,” she says, while also showing “what we are seeing on the ground now. It’s very important both to remember what we have become and also to remember the power of the syncretic culture of the Hindu-Muslim culture. It was so deep and ancient, layered and friendships and music and refinement and land, it was all woven [together] for generations. And language of course. And that was important to me to remember correctly.”

Nair has long been able to draw Western audiences into the India she is familiar with. “I don’t think of it as a Western gaze, I think of it as my own gaze, as a gaze that has always embraced the circus of life, the living between worlds, dreaming in English but knowing the ecstasy of a ghazal [poem] in Urdu.”

The filmmaker had long been attracted to the 1950s. “I always longed to be born in the early ’50s when the country was born and making its way, which is when ‘A Suitable Boy’ is set. That era, I was so inspired by the idealism of that era.”

Pointing to the current scene in India, she says much has changed. “We’re fighting to remain secular. The syncretic is being obliterated, the great plurality of India. But we have our people and our people have spoken and are speaking. It’s the world all over, isn’t it?”

Nair says she picked out the stars, including Tabu, with whom she worked on “The Namesake.” “Anything to do with Tabu, she is just extraordinary and unseen, she’s like a recluse, and of such talent. She’s cultured and sexy at the same time,” the filmmaker says.

As for the rest of the cast, she says of Danesh Razvi, “he’s a real dreamboat”; Tanya Maniktala, who plays the lead, Lata, “is luminous. She is a dew drop in action. She knows about life through books but has yet to experience. Tanya is very much like that, almost a feisty dew drop. Manoj Pahwa pal is a great, great actor, often cast as a comedy actor. I kept writing him into more scenes.”

Nair was unfazed by the paradoxical task of adapting a book that was so beloved in the 1990s and yet may be unknown to today’s audiences.

“The book was amazingly a bestseller when it came out and many of my generation have loved this book and know this book. But the younger generation has certainly stopped reading. And everyone pretty much looks at the movies as a kind of shorthand. I don’t think that generation knows the book.

“But the idea is it’s a story told with a very modern quality because the idea of first love, forget forbidden love, is as old as the hills, it’s universal and an old struggle. But it’s set against the backdrop of a country finding itself as a girl finds herself. It’s an interesting parallel and that’s how I made this whole series, the personal and the political.”