Netflix to Resume ‘The Witcher’ Season 2 Shoot in August 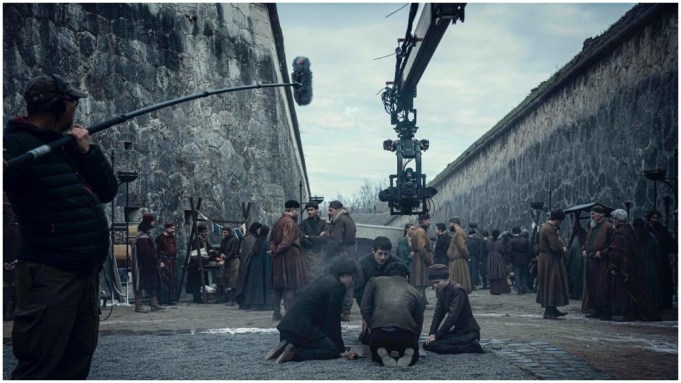 Netflix will resume principal photography in the U.K. on the second season of fantasy epic series “The Witcher” from August 17.

The streamer made the announcement on Twitter: “I’m dusting off my lute and quill, I have some news, some mead to spill: After all the months we’ve been apart, it’s time for production to restart. The Witcher and his bard – who’s flawless, Will reunite on set 17 August.”

Netflix had shut down all productions in March due to the spread of the coronavirus pandemic. “The Witcher” is filmed at Arborfield studios outside London. When actor Kristofer Hivju tested positive for coronavirus, the studio was shut down and went through a deep clean.

“The Witcher” is a huge success for the streamer with some 76 million homes watching the first season. Headlined by “Superman” star Henry Cavill, it is based on the bestselling book series by Polish writer Andrzej Sapkowski. The second season is due to stream in 2021.

An animated feature “The Witcher: Nightmare of the Wolf,” is also in the works.

Other U.K. productions shut down by Netflix due to the pandemic include “The Irregulars” and “Zero Chill.”

In 2019, Netflix chief executive Reed Hastings revealed a $500 million production spend on U.K. content. British set shows that have been hits for the streamer include “The Crown,” “Sex Education,” and “Black Mirror.” Last summer, Netflix created a production hub at London’s Shepperton Studios.

In March, Netflix backed an emergency relief fund set up by the British Film Institute (BFI) and The Film and TV Charity with a $1.2-million donation. The fund was set up to provide emergency short-term relief to thousands of workers and freelancers who have been directly affected by the closure of productions across the U.K.