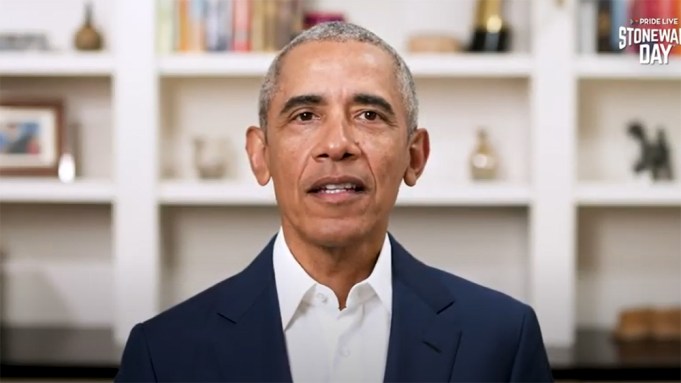 Former President Barack Obama has issued a powerful video message to the LGBTQ+ community addressing the Supreme Court’s recent landmark decision to protect their equality and the upcoming 51st anniversary of the 1969 Stonewall Uprising.

In the 50-second clip uploaded to Logo’s YouTube page, the 44th president addresses how protest and politics go hand in hand when fighting for vital change.

“We’re almost 51 years since the night when the patrons of the Stonewall Inn stood up for their rights and set off one of America’s defining victories for civil rights,” Obama began the message. “Because of the movement they sparked and the decades of work that followed, marriage equality became the law of the land five years ago, and just this month the Supreme Court ruled that employers can no longer discriminate against LGBTQ workers.”

“The struggle and triumph for LGBTQ rights shows how protests and politics go hand in hand, how we’ve got to both shine a light on injustice and translate those aspirations into specific laws and institutional practices,” he went on.

The message comes as Pride Live’s third annual Stonewall Day is set to take place on June 26, streaming on Logo’s Facebook and YouTube Pages. The event will be hosted by Trans advocate and model Geena Rocero, and will feature appearances from performers and guests including Taylor Swift, Ellen DeGeneres, Cynthia Erivo, Kesha, Hayley Kiyoko, Demi Lovato and more. The virtual celebration will raise funds for LGBTQ+ organizations most affected by the COVID-19 pandemic including Trans LifeLine, Brave Space Alliance, TransLatin@Coalition and the Ally Coalition.

The 1969 Stonewall Uprisings were a series of protests that took place in Manhattan, N.Y., by members of the gay community in response to a police raid that began on the morning of June 28. The historical event is widely considered to have birthed the modern LGBTQ+ rights movement.